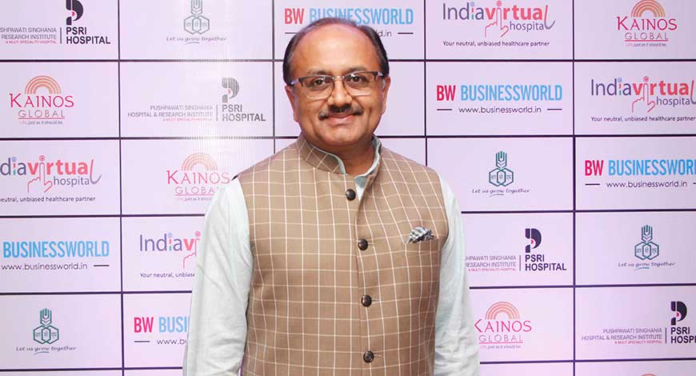 While making a special address on the theme- ‘Health challenges of India’s most populated state and role of Ayushman Bharat Program in overcoming them’ in the first Ayushman Bharat Summit in Delhi on May 16, Mr Singh said he wanted his state to be one up to unveil this  scheme. The state should be able to roll it out before the stipulated national October inauguration. He said, ‘Ayushman Bharat has provided us with the biggest dream that any health minister would covet i.e. making healthcare accessible and affordable to the masses.’

That he is in earnest was evident from the fact that he invited all the stakeholders with open arms to be in his state to help materialise his dream. He acquiesced in a sober fact that UP is a challenge state so far as implementing Ayushman Bharat is concerned and it would take whale of an effort as he has inherited a health system that was in shambles. He said he does not want UP to turn out as a state that drags on the overall healthcare scenario. UP being down, India cannot be up. So UP is not only the biggest state in India, it constitutes the biggest challenge in front of Ayushman Bharat.

In his speech and later on addressing media, Mr Singh explained in detail how he would be going about implementing the scheme. He underlined that he would leverage Telemedicine mode big as it would be the most effective way to reach the last man on the bottom of socio economic pyramid. For this, pathology centres are being opened.

Mr Singh informed the gathering that the state health policy of UP would be out any time soon. The ensuing cabinet meeting would endorse it which would make the state 2nd in India after Karnataka to have own health policy. The policy would have a referral component making it incumbent upon the doctor to offer an explanation for referring a patient to another medical practitioner.

Underlining the lack of doctors, Mr Singh further said, ‘ We do not need qualified MBBS doctors to give primary clinical care as much we need the skilling of para-medical or nursing staff who can easily do the job of delivering the care. Healthcare skilling is a great opportunity in UP. We are opening 150 CHC (community health centres) on PPP basis. Trauma care centres, PPP modelled Air ambulance etc are in the pipeline. E tendering would soon begin for different facilities to be in place.’