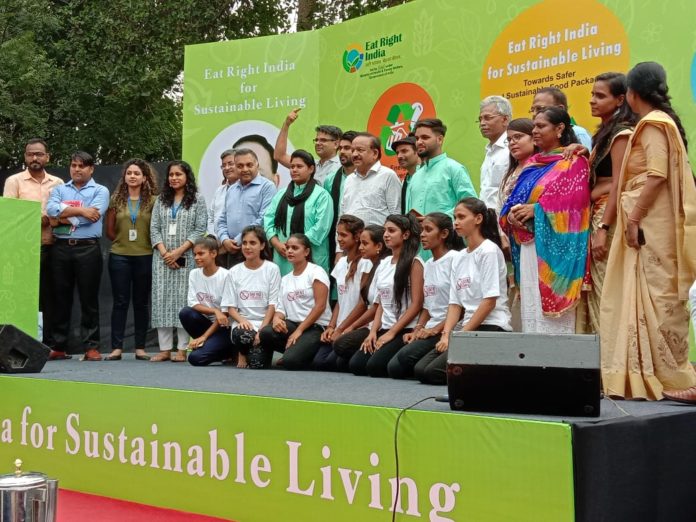 New Delhi: Twenty-two of the top food companies including multinational companies committed themselves to effectively manage plastic waste in their operations and reduce their plastic footprint in the coming years. They signed a voluntary pledge at an event organized by FSSAI today in New Delhi.

The event as a part of ‘Swachhata Hi Seva 2019’ was organized at Prayas Children’s Home in Jahangirpuri and was graced by Union Minister for Health and Family Welfare, Harsh Vardhan.

Taking a cue from Prime Minister Narendra Modi’s pledge on behalf of the nation to phase out single-use plastic in India on 11thSeptember, FSSAI has kick-started its movement towards safer and sustainable food packaging. FSSAI’s campaign ‘Eat Right India for Sustainability’ was launched by India’s ace cricketer Shri Virat Kohli on 12th September in Gurgaon, a day after the announcement made by the Hon’ble Prime Minister.

The event organized at Prayas Children’s Home and Skilling-Livelihood Centre, Jahangirpuri in North-East Delhi aims to give a big push to the move on plastic waste free India with support of various stakeholders including policy makers, food and beverage sector, industry associations, celebrities and consumer organizations. The Prayas centre houses some of the most deprived children, women and youth including large number of rag pickers from all parts of Jahangirpuri, which is one of the largest resettlement colonies. It is also one of the largest collection, sorting and distribution centre of rag pickers in Delhi. The venue was chosen in order to sensitize the key partners about the challenges of plastic waste collection and segregation.

It saw a participation of over 200 children, citizens and other partners. Children from Prayas staged a played on ‘disadvantages of use of plastic’ along with a dance performance on FSSAI’s theme song on plastics, which was also launched during the event. FSSAI has adopted the theme song “Tik Tik Plastic” first released by Bhamla Foundation. This foot-tapping song reiterates the need for a plastic waste free India and is sung by several renowned singers and musicians. Additionally, FSSAI also organized a food donation drive at Prayas through a food donation agency MCKS Food for Hungry Foundation, New Delhi, which is a part of its Save Food, Share Food initiative.

Before taking up a broad-based agenda, FSSAI has itself taken up a drive for reduction and where possible elimination of plastics in its head office and offices across the country. It has initiated a collection and segregation drive at its own head office in New Delhi. FSSAI has mobilized several food businesses to organize similar activities at their campuses and engage their workforce, thereby ensuring a wider reach. It has also asked all its regional offices and State/UTs food safety departments to conduct awareness and collection drives at public places in their State capitals and major cities during ‘Swachhata Hi Seva 2019’ campaign period. 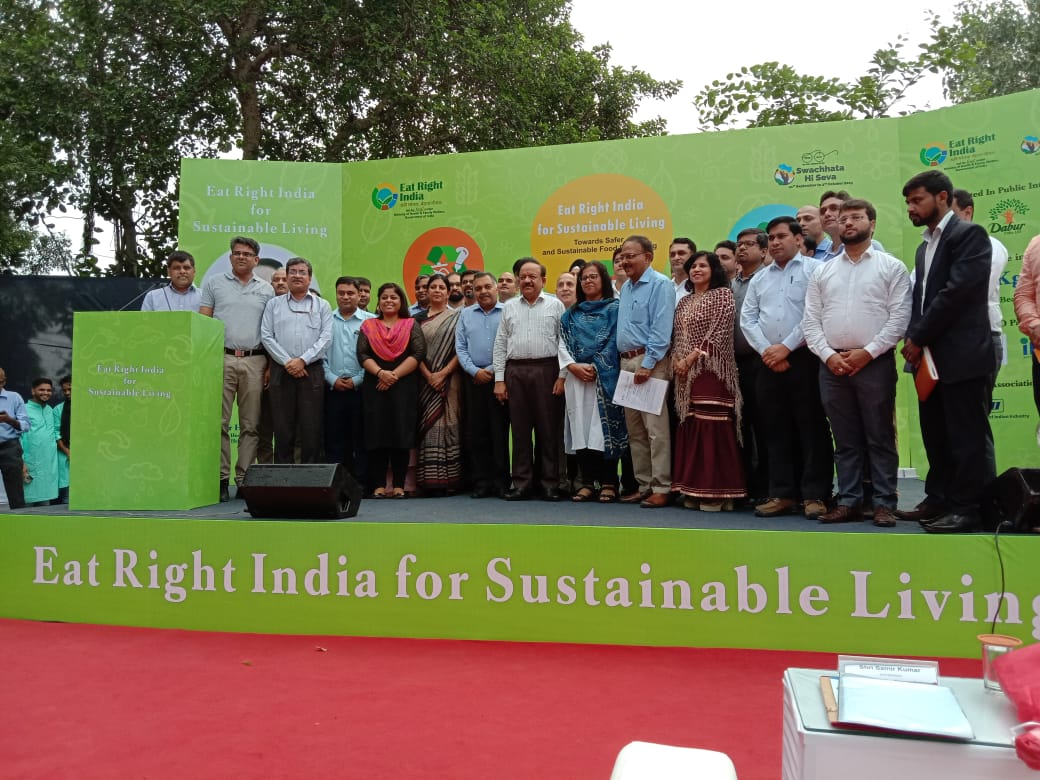 FSSAI’s regional office in Mumbai has also organized a similar engagement drive in the city involving famous playback singer Shri Shantanu Mukherjee (popularly known as Shaan). Committing himself for the cause, Shaan highlighted that this drive is the need of the hour and encouraged all his fans to contribute actively and make plastic waste free India, a reality.

Appreciating this initiative of the FSSAI, Dr Harsh Vardhan congratulated all the stakeholders for organising an engagement activity to motivate and mobilize masses towards the Hon’ble Prime Minister’s vision for a plastic waste free India. He mentioned that “The work being carried out in this cause has the potential to go down in the history of India and become successful only if all stakeholders join hands and truly make it a Jan Andolan. He also cited the example of how India combated Polio through combined efforts of all stakeholders. He further said that he has personally pledged to eliminate all single-use plastics from his life and urged everyone, the industry, children and citizens to do the same and adopt Green Good Deeds as a lifestyle practice”. He further mentioned that “We all should do our own bit as responsible citizens of the society and it is our duty to gift the future generations a cleaner and greener environment”. Lastly, he also remarked that we must continue to work in this direction, until each household is plastic waste free and help achieve the Prime Minister’s vision of a Naya Bharat.

Adding to it, CEO FSSAI, Pawan Agarwal reminded everyone that ‘plastics are most widely used in the food and beverages sector and therefore food businesses have greater responsibility in managing plastic waste. He admitted that “FSSAI was thus far concerned only about safety of packaging material, now FSSAI would also focus on sustainability of food packaging. It would review all its regulations, particularly packaging regulations and view them with sustainability lens. It would also promote reduction in use of plastics in food packaging, find suitable alternatives and ensure that plastic used is recycled and businesses participate in collection and recycling of plastics”.

The event was supported in public interest by Dabur as part of their mission towards spreading community awareness and a strong sense of commitment for environmental sustainability and was joined by senior officials and thought leaders of several other food businesses and industry associations including CII and FICCI.