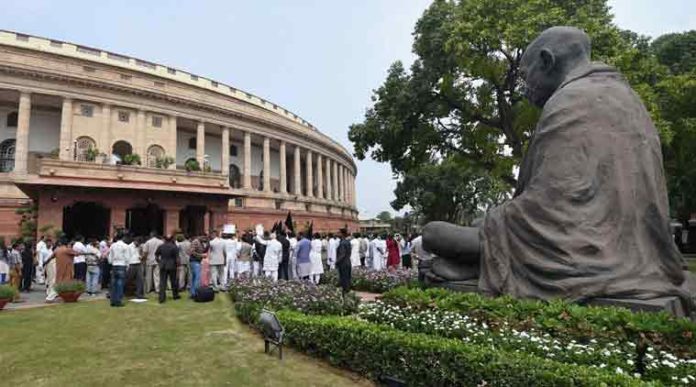 New Delhi: Life styles that are being espoused today to keep chronic diseases at bay constituted Gandhi’s principles of life ages ago. Had we emulated him, India would not have reeled today under crushing burden of chronic diseases as diabetes, hypertension, cancer and heart disorders. Realising Gandhi’s relevance as health icon, Indian Council of Medical Research (ICMR), the apex health research institute of the country, has revisited Mahatma by way commemorating his 150th birth anniversary.

Gandhi re-emerges as the original health principles that doctors modern and alternative practitioners both are trying to preach today as chronic diseases are eating into the vitals of India. Gandhi’s advocacy for walking, saying no to alcohol and tobacco, meditation, positive thinking etc all are so relevant today. He even practised what he preached. He embodies all kernel principles of fitness and sound health.

ICMR’s special edition titled, ‘Gandhi & Health @150’was launched in Dharamshala by His Holiness the Dalai Lama on 20 March 2019 to kick off a two-day symposium (25-26 March 2019) in New Delhi, organised by ICMR and the National Gandhi Museum. 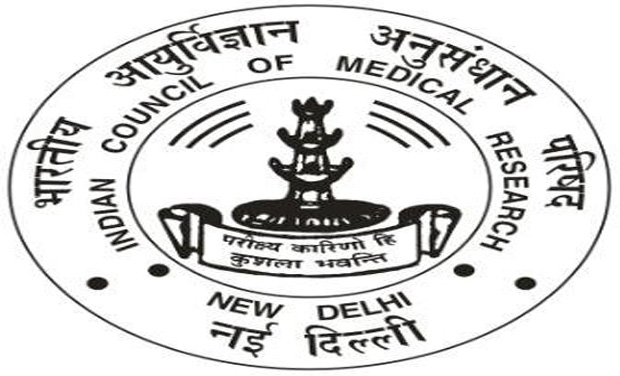 This special edition of IJMR details the medical legacy of Gandhi, his health profile and his experiments on health, based on articles published and health records that are available. It also highlights ICMR’s contributions in areas that are relevant to Gandhian principles, such as importance of hygiene and sanitation (relevant to diseases like cholera, malaria, TB and leprosy), living a disciplined life and the role of physical fitness with meditation (relevant to lifestyle diseases, mental health and the youth) and balanced diet (relevant to nutrition). This edition also illustrates how ICMR has focused its research on areas that Gandhi was passionate about – environment, lifestyle diseases and social behaviour.

Releasing the edition in Dharamshala, His Holiness the Dalai Lama said, “Mahatma Gandhi was a man with extraordinary qualities. His motivation to solve the problems of society and steer the freedom movement through the path of truth and non-violence is inspired by his physical and emotional well being. Gandhi Ji’s life shows us that by dedicating one’s life to others makes a person emotionally and physically strong. Honouring Gandhi ji’s philosophy on health will not only inform the present society on improving the well-being of people but will also help them imbibe a lifestyle that is disciplined and rewarding.” he added.

At the symposium Dr. V.K. Paul, Member, NITI Aayog quoted Gandhi from his book ‘Key to Health’, “Whilst it is true that man cannot live without air and water, the thing that nourishes the body is food. Hence the saying, food is life.” Dr. Paul opined, “Gandhi’s principles of nutritious food being key to good health form the ethos of the research and work undertaken by both ICMR and NITI Aayog in nutrition. It is our goal to ensure there is access to nutritious food for all within the country.” Dr. Paul also suggested a push in the direction of Research in Integrative Medicine.

Speaking on the occasion, Dr. Poonam Khetrapal Singh, Regional Director WHO South-East Asia said, “Mahatma Gandhi played a transformative role in taking the message of preventive and promotive health to the masses. Just like everything else about him, the Mahatma’s messages were couched in simplicity and yet had universal appeal. This edition of Indian Journal of Medical Research has been brought out at an opportune moment and will surely aid in promoting lifestyles choices based on the principles of healthy living with a focus on hygiene, a balanced diet and exercise expounded by Mahatma Gandhi, which remain relevant today. If followed, these can go a long way in realising the vision of a healthy India.”

Dr. K. Vijay Raghavan, Principal Scientific Adviser to the Government of India, elucidated, “In our endeavour to evolve policies, strategies and missions for the development of the nation, the principles and teachings of the father of the nation, Mahatma Gandhi should become the guiding light. The release of ‘Gandhi & Health @150’ is a step in that direction and will definitely create a positive impact in the lives of all those who read it.”

Prof (Dr.) Balram Bhargava, Secretary, Department of Health Research and Director General, ICMR stated, “The Indian Council of Medical Research was set up in 1911.In a journey, that has spanned more than a century, this institution has made immense contribution towards various disease control programmes and has tried to follow the path shown by the Mahatma Gandhi, by touching and impacting the lives of millions of Indians. Mahatma Gandhi had spearheaded many revolutions in our country and ICMR has embodied his values and principles in its health research to improve the health and well-being of the country. On the 150th birth anniversary of the Father of the Nation, ICMR has brought out this edition as a mark of a tribute to the man who sacrificed his life for the service of the poor and downtrodden.”