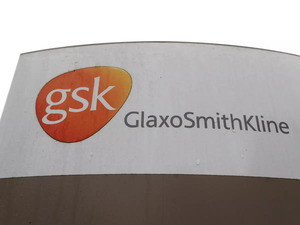 British drugmaker GSK said it is actively working to expand supply of its Covid-19 monoclonal antibody medication Sotrovimab, to make it available to more patients. “We remain committed to partnering with governments around the world to provide Sotrovimab as a tool in response to the ongoing pandemic,” GSK India spokesperson told ET in a statement.

“This includes active work to expand our supply capacity so that we can support more patients over time,” the spokesperson added.

The company didn’t specify any timelines on when the drug will be available in India, or whether it has initiated any discussions with the government or the Central Drugs Standard Control Organisation (CDSCO) for launch of the drug.

GSK’s statement comes amidst reports about possible capacity constraints of Sotrovimab, which may be hindering the availability of the drug in more countries, when there is a global surge of Covid cases fuelled by the Omicron variant.

GSK and its partner Vir Biotechnology, early this month, said they expect to manufacture approximately 2 million doses globally in the first half of 2022 and additional doses in the second half of the year.

So far it has sold 1.7 million Sotrovimab doses. In the first quarter of 2022, the company has sold or has orders for 1 million. The US government alone has placed orders for the lion’s share of the supply, spending billions of dollars as it stockpiles the drug.

The demand for Sotrovimab has shot up globally as the widely available monoclonal antibody cocktail casirivimab-imdevimab is not effective against the Omicron varient.

Sotrovimab currently has marketing approval or emergency use authorization in over 40 countries including the US, the UK, EU, Canada, Japan, among others. Last week the World Health Organization (WHO) has also conditionally recommended the use of Sotrovimab, for treating mild or moderate Covid in patients who are at high risk of hospitalization. This includes patients who are older, immunocompromised, having underlying conditions.