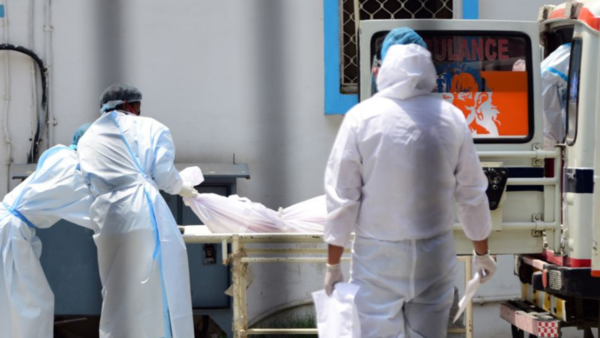 Mangalurub : The Dakshina Kannada administration has started collecting details from drugstores of those who buy Covid-19 test kits, fearing that these buyers may escape quarantine if they go unaccounted for after an infection.

The collection of information started on Monday, under the direction of the district drugs control department.

A senior department official said the contact details of the buyers will be given to the health department.

Proprietors of several drug stores and pharmacy businesses said they had got the circular. However, district health officer Dr Kishore Kumar M pointed to a problem that could arise after the data collection. Kumar said that through the additional drug controller, who is the inspecting authority, names, addresses and phone numbers of customers who have purchased these kits are being collected. If a buyer tests positive, he is expected to update the results on an app, that will reflect on the ICMR website. However, there was no mechanism in place to check if the results were indeed being updated, the district health officer said.

Herald Monteiro, the proprietor of Health Care Medicals, told TOI he had got a call from the drugs control department, asking for the details of customers. On Tuesday, he sold about 15 kits to a social services organisation, he said.

A representative from Ganesh Medicals said that the demand for the kits had increased in the last 15 days. “We are selling an average of 20-25 kits per day, costing Rs 250,” he said.

Manohar Shetty, the managing director of the Sai Radha Group, said the sales are not as high compared to Mumbai or Bengaluru. “About 8-10 home testing kits are sold per day. These days, the awareness level is high, and people get themselves treated for cold and fever immediately, due to which recovery is high,” he said.

Mohammed Kunhi, the proprietor of Unity Medicals, said the kits were sold for the first time in the second wave. “We got complaints that the results are not accurate. Whenever a customer asks for a kit, I suggest they go to a nearby public health centre and opt for an RT-PCR test. We have sold only about two kits so far,” he said. He added that he too had received the circular from the drugs control department asking for buyers’ details.