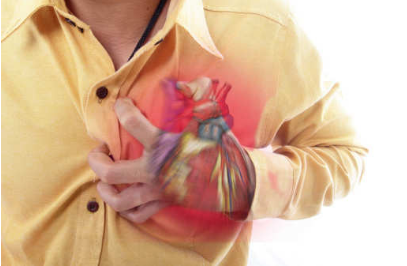 NEW DELHI: The death rate due to cardiac diseases has declined significantly in the US in the last 15 years even as it continues to rise in India with cardiovascular diseases being the leading cause of death, underlining the need for the country to adopt population-level strategies to reduce risk factors.

The death rate due to cardiovascular diseases (CVD) declined by a significant 41 per cent in the US between 1990 and 2016, whereas in India it rose by around 34 per cent from 115.7 to 209.1 deaths per one lakh population in the same period, says a new international study published by Elsevier in the Journal of the American College Of Cardiology.

Focusing on the need for preventive measures like maintaining a healthy lifestyle, the study attributes improvement in CVD mortality in the US largely to a decline in population-level risk factor trends such as tobacco use, high cholesterol and blood pressure.

“To realise similar gains in reducing premature death and disability from CVD, India needs to implement population-level policies while strengthening and integrating its local, regional, and national health systems,” the study said.

In 2016, there were an estimated 62.5 million and 12.7 million years of life lost prematurely due to CVD in India and the US, respectively. The World Health Organization has set the goal of reducing the risk of premature mortality (30 to 69 years of age) due to non-communicable diseases, including cardiac disorders, by 25 per cent by 2025.

Ischemic heart disease and stroke were estimated to account for around 15-20 per cent and 6-9 per cent of all deaths in India and the US.

The authors of the study have been drawn from the Public Health Foundation of India, London School of Hygiene and Tropical Medicine, Institute for Health Metrics and Evaluation and the Division of Cardiology at the University of Washington School of Medicine.

The study also highlights a large variation among states in India. For instance, there is a nine-fold difference in the burden of ischemic heart disease disability adjusted life years (DALYs) per 100,000 persons between Punjab — which has the highest burden — and Mizoram with the lowest. Similarly, the rate of stroke DALYs varies six-fold between the highest burden in West Bengal and the lowest again in Mizoram.

Apart from population-wide primary prevention measures, the improvements in the US are also due to secondary and acute care.