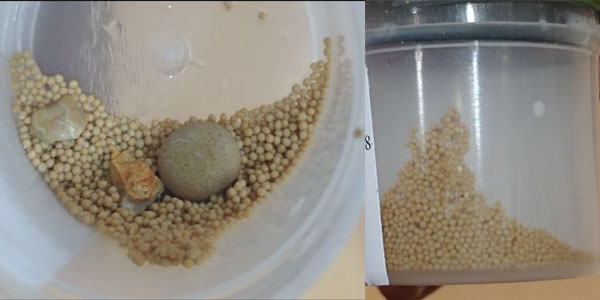 A team of doctors led by Dr. Rajinder Yadav, Director, Department of Urology and Kidney and Transplant performed a Percutaneous Nephrolithotomy (keyhole surgery for renal stone). All the stones were removed from the left kidney and urinary tract/pelvis in one go with a single 1 cm puncture.

Patient Munesh Kumar Gupta was presented to Fortis Hospital, Shalimar Bagh with blood in his urine. No other symptoms related to kidney stones were present. The ultrasound showed the presence of two large stones in his kidney.  However during the surgery, the doctors were astonished as 856 stones were found in the left kidney and urinary tract. On further evaluation, it was discovered that there was swelling in the left kidney and the kidney’s functionality had been compromised. A temporary tubing (DJ STENT) was put in the left ureter after removing the stones, to circumvent the ureteric obstruction. Subsequently patient was planned for second stage surgery to correct the obstruction with minimally invasive procedure -laser endopyelotomy. 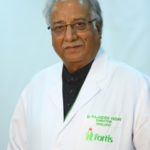 Dr. Yadav said, ‘The patient had a history of stones in the left kidney and was first operated in 2007. There were no visible symptoms of kidney stones this time, except for the fact; he started passing blood in urine only two days prior to the operation. The ultrasound showed the presence of two stones, which were roughly 33 millimetres each in size.  As the surgery progressed, 856 stones were found in the left kidney and urinary tract. The surgery was done using minimally invasive techniques, which resulted in less pain and loss of blood and lasted for over two hours. The patient was discharged the next day post the surgery.’ 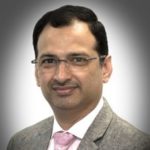 Mr. Mahipal Singh Bhanot, Facility Director, Fortis Hospital, Shalimar Bagh said, “We have dealt with over 6,000 cases when it comes to employing minimally invasive techniques to remove kidney stones. Dr. Yadav has even removed a stone which was 8 cm by 9 cm in size. However this case was challenging because of the humungous number of stones. Yet Dr. Yadav was able to successfully treat the patient.’

The kidneys act as a purification system for the blood. Kidney stones are hard deposits made of minerals and salts that form inside the kidneys, which make the urine concentrated, allowing minerals to crystallize and stick together. Drinking plenty of fluids reduces the risk of stones. Common symptoms of kidney stones include, persistent ache in the lower back, pain in the groin, acute pain in the back or side of the abdomen, pain during urination, blood in urine, persistent need to urinate and pain that comes in waves and fluctuates in intensity.