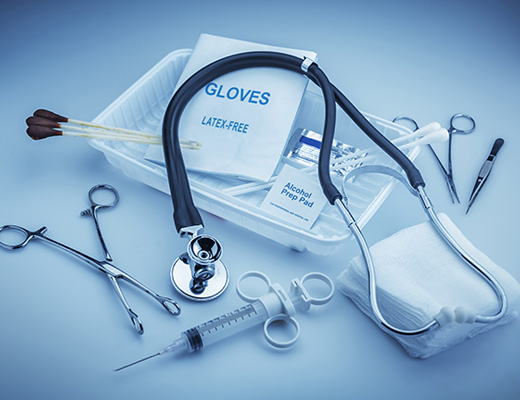 It may be noted that the Association of Indian Medical Device Industry (AiMeD) has last month raised alarm against the higher imports of medical devices, leaving the country to have 12-15 per cent of disability factor in manufacturing of medical devices.

The higher imports has resulted in local industry players – especially those which went into production of masks, PPE kits, thermometers and gloves during the Covid-19 period which helped the country to have adequate supply even during the peak period of the pandemic – shutting shop.

Rajiv Nath, forum coordinator, AiMeD in July said, “NITI Aayog and the Department of Pharmaceuticals recognises that Indian manufacturers have a 12-15 per cent disability factor in manufacturing medical devices in India. We urge the government to neutralise this disability for reduction of medical devices imports in India as was in the case of consumer electronics, including mobile phones and even in the toy industry.”

The minister of state in the ministry of chemicals and fertilisers, Bhagwanth Khuba, said that the Department of Pharmaceuticals implements the Production Linked Incentive Scheme for Promoting Domestic Manufacturing of Medical devices with a financial outlay of Rs. 3,420 crore and with tenure from FY 2020-21 to FY 2027-28.

Under this scheme, financial incentives will be given to selected companies at the rate of 5% of incremental sales of medical devices manufactured in India and covered under the four target segments of the scheme, for a period of five (5) years. Under the scheme, under two rounds of inviting applications, a total of 42 applications have been received including MSMEs and large manufacturers

“There is no proposal of separate PLI scheme for MSMEs and large manufacturers in medical devices, as the current PLI scheme does not restrict participation of MSMEs,” said the minister in a reply in the Lok Sabha.

So far, 21 applicants are selected under the scheme and this includes 10 MSMEs and 11 large manufacturers. As per the proposals submitted by these applicants, the projects selected under PLI scheme are expected to generate employment opportunities of around 6,411 persons in the tenure of FY 2021-22 to FY 2027-28, he added.

The Ministry of MSME provides credit support to eligible MSME industrial units, including those in the Medical Devices Sector, through schemes such as Credit Guarantee Fund Trust for Micro and Small Enterprises (CGTMSE), Fund of Funds, etc., said the minister.