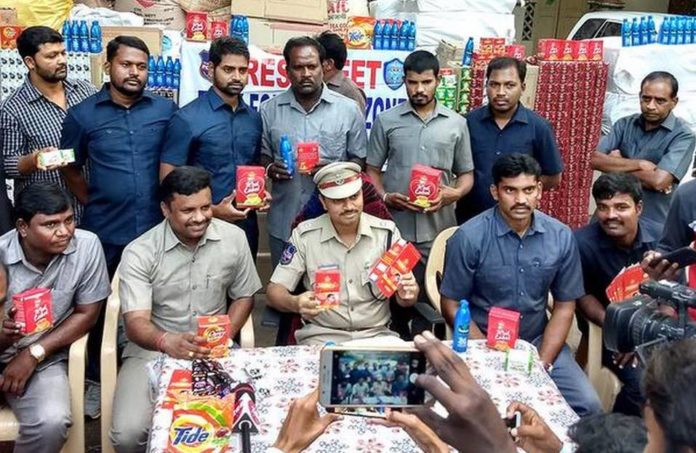 A godown at Hindi Nagar in Goshamahal has been raided by the team of Commissioner’s Task Force (East) along with Begum Bazar police. During the raid, they found and seized duplicate quality stocks packed in branded covers ready to be supplied to various retail outlets in Hyderabad and surrounding areas. Further investigations of the owner led the team to raids on manufacturing units at Jeedimetla, Medchal, and Cherlapally.

They bought packaging material of the branded tea powders from Mishra of Jain marketing in New Delhi and then filled them with low-quality tea powder purchased from Begum Bazar and then supply it to retailers in the city.

The accused Mahaveer Jain also operating a spurious coconut oil manufacturing unit at Charlapally. Similar case has been registered against him at Malakpet police station in November 2016.

Accused arrested along with the seized products and handed over to Begum Bazar police.