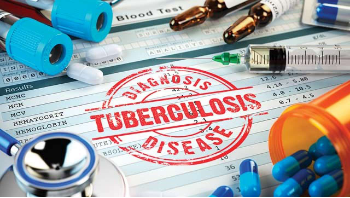 New Delhi: India accounted for 24 per cent cases of multi-drug resistant tuberculosis (MDR-TB) in 2017 — the highest in the world and followed by China’s 13 per cent and Russia’s 10 per cent, according to a report by the World Health Organization (WHO). The three countries accounted for almost half of the world’s total MDR-TB cases.

The WHO said global efforts have averted an estimated 54 million TB deaths since 2000, but TB remains the world’s deadliest infectious disease.

India also ranked the highest among the top-30 high TB burden countries in the world, with 27 per cent of the 10 million people who were diagnosed with tuberculosis last year.

According to the report, under-reporting and under-diagnosis of TB cases remains a major challenge as of the 10 million people who fell ill with TB in 2017, only 6.4 million were officially recorded by national reporting systems. This left 3.6 million people undiagnosed, or detected but not reported.

Ten countries accounted for 80 per cent of this gap, with India, Indonesia and Nigeria topping the list, the WHO report said.

Globally, an estimated 10 million people developed TB last year and two third of such cases were in eight countries — India (27 per cent), China (9 per cent), Indonesia (8 per cent), the Philippines (6 per cent), Pakistan (5 per cent), Nigeria (4 per cent), Bangladesh (4 per cent) and South Africa (3 per cent).

Only 6 per cent of global cases were in the European Region (3 per cent) and the Americas (3 per cent), the WHO said.

The report stated that MDR-TB remains a public health crisis and China and India alone were home to around 40 per cent of patients requiring treatment for this, but not reported to be receiving it.

Globally, MDR-TB treatment success remains low at 55 per cent often due to drug toxicity making it impossible for patients to stay on treatment.

In 2017, TB caused an estimated 1.3 million deaths among HIV-negative people and there were an additional 300 000 deaths from TB among HIV-positive people.

Fewer people fell ill and died from tuberculosis last year but countries are still not doing enough to end TB by 2030, the global health body warned.

“To meet the global target of ending TB by 2030, countries need to urgently accelerate their response – including by increasing domestic and international funding to fight the disease,” the WHO said.

About 1.7 billion people, 23 per cent of the world’s population, are estimated to have a latent TB infection, and are thus at risk of developing active TB disease during their lifetime.