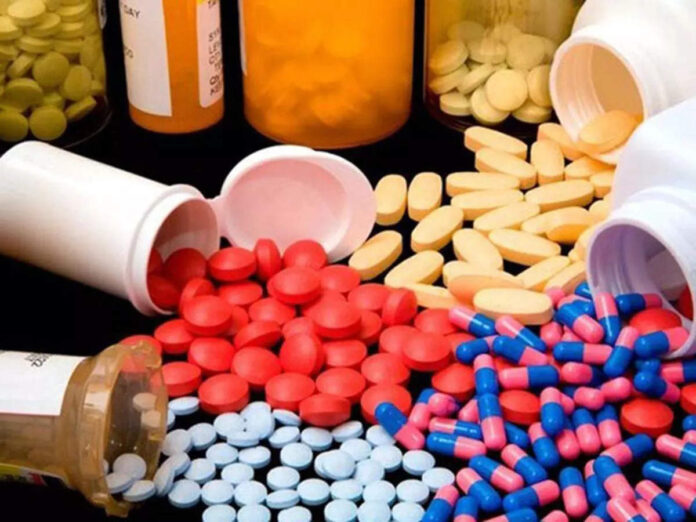 New Delhi : Fortunes of pharmaceutical companies have taken a turn for the worse as the peak demand witnessed during the Covid-19 pandemic is tapering off. High freight costs and pricing pressures in the key US generics market have taken a heavy toll on the margins of Indian drug firms.

However, analysts are confident that the firms will begin to recover some of the lustre in the second half of the current financial year.

After a successful run in the Covid-19 period that created fortunes for pharma companies, dynamics have changed. There is no longer a constant need for medication and vaccines, and this has led to a slowdown in the industry.

Shares of the majority of the pharma companies have received a battering at the bourses as well – the fall has been steep so far this year, many in the double digits. In the same period, the Nifty Pharma index slipped 10.98%, while the broader Sensex remained flat.

Analysts say the performance of pharma companies have been on a declining trend due to cost pressures, freight costs and pricing pressure in the US generics market.

Note that the US is the most profitable market for pharmaceutical companies. It’s the prime export destination for the industry, constituting nearly 34% of total Indian exports during FY22, which registered a growth of 2% in dollar terms. Meanwhile, exports to the rest of the world (ROW) witnessed a decline of 7%, said a report by CareEdge, a rating agency.

With the normalisation of Covid-19 related medication expenses, the industry suffered a decline in its profit margin during FY22 over FY21.

“This apart, the US generic market saw a steep rise in competition and consequent price erosion, which also impacted the profitability of the Indian pharma industry during FY22. However, the negative impact of price erosion on profitability was partly offset by the depreciation of INR against USD,” said the CareEdge report.

The recent June-quarter performance also reflected the weakness in the sector. “The quarter performance was largely weak for our coverage universe, which resulted in a sharp margin contraction and earnings de-growth. The performance was tainted by increased cost pressure on account of inflated raw material costs, freight costs, and increased operating expenses led to margin contraction,” said a report by Centrum Institutional Research.

Another reason for the poor performance is a high base on account of strong demand for Covid-led products in Q1FY22. “With the continued cost pressure, the Indian pharma space has been struggling,” said the report.

Going ahead, analysts believe the sector is set to recover. They expect the sales in the US to normalise in the second half of the current financial year (FY23).

“We expect the pharma sector to continue its strong growth trajectory ahead on a disrupted base. The Indian pharmaceutical market (IPM) is expected to report around 10-12% growth in FY23, and we expect US sales to normalise in H2FY23, with recovery in wave three followed by improvement in inventories,” said the Centrum Institutional Research report.

However, the on-going pricing pressure in the US market has “tapered down sequentially, growing in mid-single digits as compared to the double-digit price erosion in Q4FY22,” said the report.

Meanwhile, near-term headwinds like plant inspections by the US drug regulator – FDA – could drag down the short-term performance but long-term growth prospects remain intact, said analysts at Centrum.

“On a full-year basis, CareEdge expects the PBILDT (profit before interest, lease rentals, depreciation and taxation) margin to shrink by 200-250 bps during FY23 over FY22 after considering the positive impact of rupee depreciation. Despite expected moderation in operating profitability in the near to medium term, the credit profile of pharmaceutical companies is expected to remain strong due to their low reliance on external debt,” said a report by CareEdge.