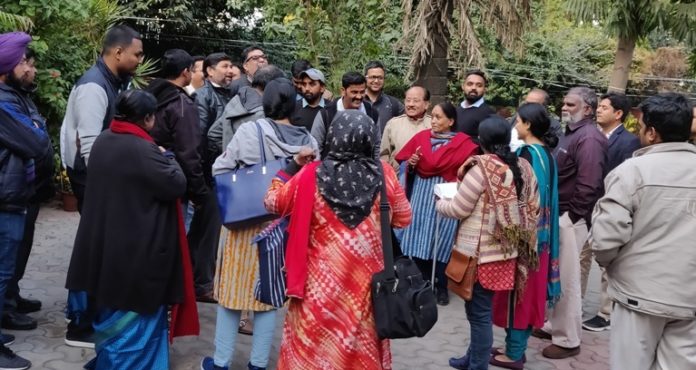 New Delhi: While Johnson & Johnson’s faulty hip implant was conspiring to cripple 44 year old Jyoti Rani Kona, God in heavens was making her marriage to compensate. Her Husband Srinivas Rao Kona is like a pillar of strength, otherwise she would not have been able to endure her excruciating existence. He married her even after knowing that she had had a hip transplant.

Jyoti Rani from Vishakhapatnam was one of the 40 odd victims of American Pharma Major’s faulty hip implants, who had gathered in Delhi on January 9 from all across the country to meet Union Government’s constituted Central Expert Committee which is formulating compensation for them. It was for the first time that the committee had been ‘kind’ to meet them in person after company’s curse befell them years ago.

Talking to Medicare News, Jyoti Rani narrated her travails, thanks to faulty hip and the toxins that pervades in her body. Jyoti Rani was 34 when she underwent ASR DEPUY (faulty implant) surgery in 2008. She was not married then. As she did not want that she be burden to her would be hubby, she asked her surgeon whether she would be able to marry and bear children after surgery. The doctor said she could because of the high quality implant. She did not hide this fact from her in laws and would be hubby. But it did not deter Srinivas and he married her. He is always her support in her ordeal she endures every day. She had revision surgery in 2017 (total hip replacement) but she is crippled for life. She works in a jewellery shop and her husband does business.

Jyoti suffered miscarriage years after the recall of the device. It happened due to toxicity associated with the faulty implant. But she was unaware of it till 2016. 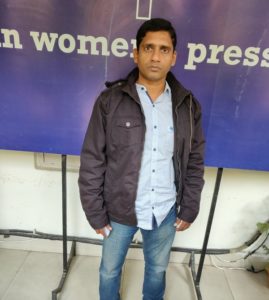 Talking to MN, Jyoti says, ‘My husband is God’s compensation to me. I do not know whether I would get adequate compensation from the company or not but Srinivas is my greatest succour. He wanted a baby but I am unable to fulfil his wish. Who will compensate him?  For my husband and me it came as a great shock when our doctors told us to stop planning a family due to the levels of cobalt and chromium in my body and the negative impacts that could have on pregnancy and on any baby we would conceive,’

She further says, ‘ I hope the government and the Central Expert Committee realizes that physical disability is only one of the serious problems faced by us; the impact on our families and our personal lives, the mental agony that we have suffered must be recognized.’

Jyoti says, ‘when I leave office and come home, I am not in a position to sleep due to excruciating pain. When I start for office, the pain is not so agonising but as hours advance it assumes severity.’

Around a thousand victims out of 4 thousand who underwent hip replacement with faulty implant of Johnson & Johnson have formed a support group named Hip Implant Patients Support Group (HIPS). Those who came narrated their horrifying diurnal life. ‘We want that true extent of suffering and devastation of our lives caused by J&J’s ASR hip implants should be understood and duly compensated’ said Renu Seth of Delhi.