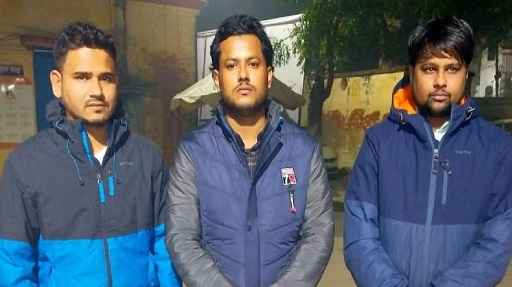 Kanpur : The STF made a big disclosure in Lucknow on Saturday by arresting three people involved in large-scale smuggling of banned drugs in the US through dark web, Skype.

After the input received from these three, the Lucknow STF team raided the drug wholesalers located on Birhana Road, Kanpur on Saturday evening.

The technical wing jawans present with the team have taken the data of their laptops in possession.

In fact, in the laptop of Faizi caught from Lucknow, the connection of Kanpur’s drug traders has come to the fore.

The accused have also admitted to having supplied banned drugs in the US more than 150 times. In which medicines have been supplied 50 times from Kanpur.

The STF is now also probing drug dealers and other gang members.

According to the SSP, soon some people of Kanpur will be arrested. Forensic examination of the recovered electronic equipment is also being done.