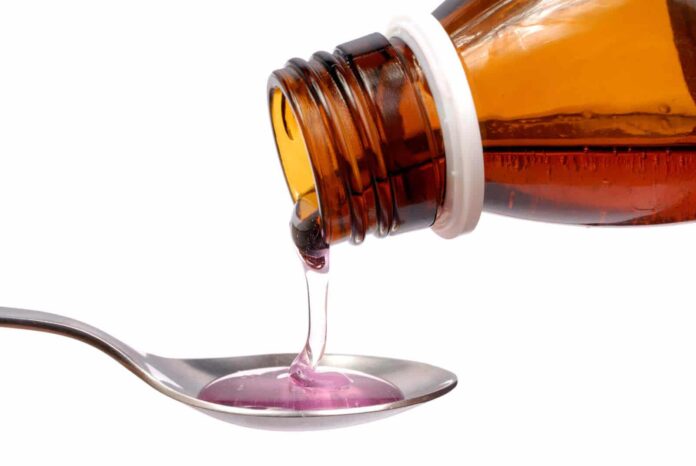 Reva : Anti-drug campaign is going on in Rewa district. By raiding at two different places here, have seized intoxicating cough syrup worth lakhs of rupees. The first action has been taken in the Chorhata area. It is said that 900 bottles of Corex worth Rs 1.35 lakh coming in auto rickshaws have been seized.

In the second action, the Garh police raided two places and seized 145 bottles of intoxicating cough syrup. In both the raids, 6 smugglers have been arrested and a case has been registered under the NDPS Act. Four accused in the Chorhata case and two accused in Garh case have presented in court.

InformationFrom received from the informer that four people are coming to sell corex in the midnight, to sell corex in auto Number MP 17 R 5076 from Kapsa. When the police stopped, the auto driver fled taking advantage of the darkness. On the other hand, bike rider Ravi Dahiya son Sukhlal, 28 years resident of sanv, the person sitting behind the driver disclosed his name as Dinesh Singh son Samarjeet, 18 years resident of Khadda.

On the other hand, other accused have named Ashish Sodhia alias Sonu son Suresh Prasad, 35 years resident of Maidani, Gaurav Singh Patel son of Surendra Mani 19 years resident of Maidani. Bike No. from the possession of suspects. MP 17 NC 2133 & Searched Auto No. MP 17 R 5079. 900 bottles of 100 ml cough syrup have been seized in the sacks kept in the back of the auto.

On 23 October, information reached the police from the informer. He said that smuggler Vijay Choudhary son of Rajlochan Chaudhary, 20 years is coming to Garh riding a bike from Prayagraj. The station in-charge took action with his staff. During the search, 70 bottles of narcotic cough syrup were seized.

In the second action, 75 bottles of intoxicating cough syrup have been recovered from the possession of accused Abhay Jaiswal son Amritlal Jaiswal. A Case has been registered in Garh police station under the section NDPS Act 5/13 Drug Control Act of crime number 529/22 IPC against the accused and arrested.