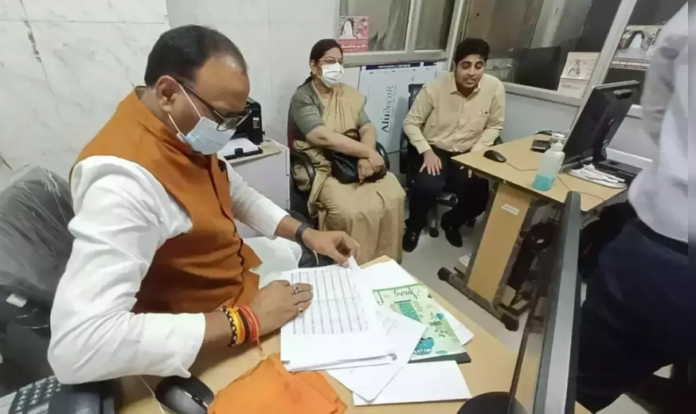 LUCKNOW : Over 2.4 lakh medicines which had expired long ago were on Thursday found in the medicine store of Dr Ram Manohar Lohia Institute of Medical Sciences (RMLIMS) by deputy chief minister Brajesh Pathak himself. It is claimed that the loss due to expiration of the medicines runs into crores worth of tax payers’ money.

Pathak was conducting an inspection of the institute on Thursday afternoon. After finding the huge anomaly and wastage of medical drugs, the deputy CM ordered for a probe and strict action against those found guilty.

The inquiry now is to be taken forward by medical education secretary GS Priyadarshi.

“I had asked for a list of medicines available at RMLIMS’s store. On seeing that, I found that more than 2.4 lakh medicines were lying unused and had reached their expiration date instead of being used in time on patients,” said Pathak.

According to rules, unused medicines are to be returned to companies concerned before they expire. But this process was completely ignored by the store in charge as well as the medicine procurement in charge of RMLIMS. This has caused huge loss to the state exchequer. I have ordered an inquiry and action will be taken against those at fault,” he added.

A video clip from the inspection of the drug store by Pathak revealed that the expiration of just about 5,000 medicines will cost the state exchequer around Rs 50 lakh. A formal audit of the entire lot remains to be done. Pathak also inspected medical and treatment facilities at the institute and expressed satisfaction on that. He met with patients and their attendants as he sat down on the floor to make inquiries from elderly attendants of patients admitted at the facility. He also checked upon the institute’s canteen and kitchen services.