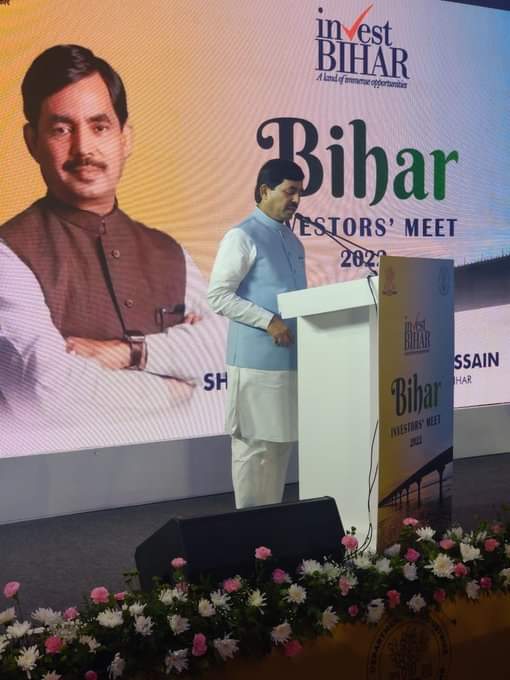 New Delhi: If only Bihari pharmaceutical honchos producing medicines outside come home to manufacture, the state would turn a pharma hub in no time. But they were conspicuous by their complete absence in Bihar Investors Meet held on May 12 in Delhi with much fanfare. Yet, Shahnawaz Hussain, the gritty Industry Minister of Bihar, far from losing hope, made a fervent plea to them from the dais to invest in their own state to do their bit to shore up its pathetic industrial landscape.

The irony of it is that Biharis owned pharma companies dot the entire nation many of them being majors like Aristo, Alkem. They of course trade in Bihar which is the largest consumer of medicines but evince little interest in setting up industries in their own state. They have chosen Himachal Pradesh, Uttarakhand, Rajasthan, Maharashtra, Delhi, even states South of Vidhyas instead. Shahnawaz Hussain is keen to coax them to return to their own turf.

Profusely praising Hussain’s resolve to turn Bihar into an industrial state, Dr Ajay Kumar, a renowned urologist in Patna and former president, Indian Medical Association (IMA)said, ‘Bihar has great potential to be become pharma hub. The minister must pull out all stops to win them back as the state’s industrial landscape if any would be incomplete without pharma industries. Pharma policy must be in place. Shahnawaz has the moxie to move it and his untiring efforts raises hope. He should keep it up and should leave no stone unturned to turn Bihar into an industrial state. I highly appreciate his hard work and his sincerity of efforts. His missionary zeal has already started showing up.’

Talking to Medicare News, Niraj Kumar, State President, Commerce Cell, Bihar BJP and MD, Asian Pharmaceuticals pvt Ltd, who himself could not make it to the Meet, said, ‘Large number of Biharis have invested in Pharma industries outside Bihar. To win them back to the state the government will have to facilitate excise exemption and quality electricity at cheap rate. The land acquisition will present the biggest hindrance but CM Nitish Kumar is doing the needful to make environment conducive to industrialization’ 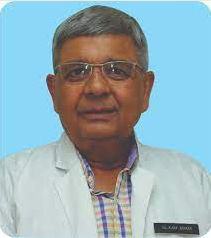 However, investors for other sectors came in force to make this event of Shahnawaz Hussain a super success and more than compensated for the absence of Pharma and Healthcare honchos. The list makes a very impressive reading and includes many biggies. In total, over 170 companies joined the Meet out of which 30 were majors which included Adani, ITC, LuLu group, HUL, Coca Cola, Amazon, Flipkart, Samsung, Amul, Britania industries, Patanjali, Usha Martin, Honda, L &T, Arvind Mills, TATA bluescope, Shree Cement, Ambuja Cement- the list is quite long. M A Yusuf Ali, chairman, Lulu Group International from Dubai, ITC Chairman Sanjiv Puri and other industry biggies graced the occasion and evinced interest in investing in Bihar.

Looking mighty happy, Shahnawaz Hussain, called this Meet a milestone. Mr Hussain said, ‘I got support more than I had bargained for. Ever since I became industry minister, perception about Bihar has undergone a quick change in perception well evidenced bythe success of Investor Meet.’ He even resorted to some hyperbole saying such as Bihar has become the most favoured destination of investment and industry leaders who participated in the Meet were serious investors.