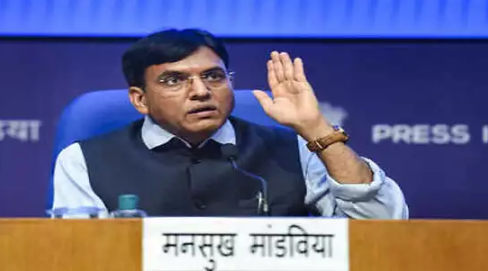 NEW DELHI: Union health minister Mansukh Mandaviya on Thursday urged the pharma industry to consider domestic manufacturing of medicines which are soon going to be off patent under Atmanirbhar Bharat and also to work towards increasing the share of generic drugs in the country.

He was addressing a session on ‘Ensuring Affordable, Accessible Health for All’ at the CII Annual Meeting 2021.

The minister urged the pharma industry to consider domestic manufacturing of medicines which are soon going to be off patent and said the PLI scheme announced by the government would help the domestic industry in this endeavour.

He said initiatives such as the medical devices park, pharma park, PLI will help the industry to grow in the coming days.

He also assured the industry of all possible support to improve health infrastructure and sought cooperation and inputs to improve ease of doing business and competitiveness of this sector.

The government and industry partnership to make healthcare accessible and affordable assumes importance in a country like India as sickness increases the cost for the poor and impedes progress, the minister who holds the charge of the Ministry of Chemicals and Fertilizers said.

“If any country has to prosper, among many parameters, one is that the citizens of the country have to be healthy and for that health facilities have to be affordable and accessible,” he said.

The minister lauded the private sector for working in tandem with the government to meet the shortage of healthcare facilities, oxygen, injections, medicines etc during the pandemic.

Many companies repurposed their processes for production of critical care health requirements on a large scale, including masks, PPEs, and ventilators, he said.

Speaking about initiatives for providing affordable healthcare, the minister mentioned the Pradhan Mantri Bhartiya Janaushadhi Pariyojana (PMBJP) and noted how the number of Janaushadhhi kendras had gone up to over 8,000 in 2016 from 103, while the number of medicines available at these stores had also increased.

It is a direct end to end chain with no middlemen, he said, adding the private sector is also participating in this initiative by submitting tenders.

Alluding to the Ayushman Bharat insurance scheme, he said over 2 crore families have benefitted from it and private hospitals are also participating in the mission.

The minister said in a democratic system, when people and government work together only then the country can prosper. The best example of how the corporate sector and industries can work together and give output was seen during the COVID-19 crisis management, he added.

About the first lockdown which was imposed nationwide following an announcement by Prime Minister Narendra Modi, he said it was imposed as India did not have PPE kits, ventilators, also drugs were not available in enough qualities, and people were not trained and did not have the experience.

In a country like India, despite the huge diversity and different strata of people, migration and other situations, the lockdown was imposed for one and half months and everybody worked collectively to make it successful, Mandaviya said.