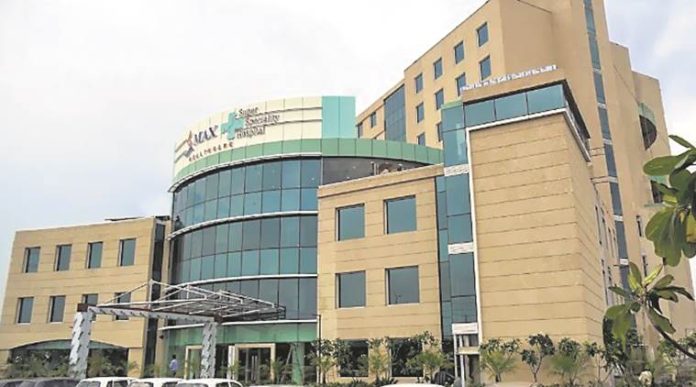 Max Hospital Shalimar Bagh, Delhi medical license has been canceled as a result of their negligence towards a newborn baby life. Mistakenly, Doctors declared premature child dead and the child was alive at that time.Delhi health minister said that this type of mistakes can’t be ignored and canceled their license, from today Max hospital can’t take new patients in.

And Hospital is found guilty of three other cases too and now the government is considering hospital as a habitual offender.

On 30th November 2017, A lady gave birth to premature twins (boy and girl) and hospital declared both babies dead and handed over in a sealed polythene bag to the family members. The twins were being taken for burial and at that time family experienced the movement in one of the packages and get shocked as the boy is alive and squirming. The family rushed to the nearby nursing home and where a newborn was treated but after few days because of multi-organ dysfunction, the baby died.

Delhi government took this result after the results from the panel formed by the government to investigate the matter. The panel found hospital guilty as they were not followed prescribed medical norms while dealing with newborn infants.

Max hospital in a statement said that they have strong belief that this decision is harsh and hospital get no opportunity to be heard. Hospital believed that this is an individual error of judgment but the decision to stop the hospital work is totally unfair and that will create a shortage of medical facilities in the capital. The hospital will check for all available options regarding this decision.