New Delhi: The days of unconscionable laissez faire for global Medical Device Majors in India may be numbered.

With first meeting of committee for preparation of road map for the regulation of medical devices, the die is cast. The general consensus that emerged in this crucial meeting between Central Drugs Standard Control Organization (CDSCO) and major stakeholders of the medical device industry envisaged that medical device regulations be rolled out in a phased manner. Safety of the patients and pricing were important elements of discussion regarding regulatory measures.

For more than a decade, the formidable lobby of global medical device manufacturers have been stonewalling the regulatory bill. But international expose of their immoral trade and the faulty hip implants of Johnson &Johnson crippling thousands of people in India, have precipitated the need for the regulation of medical devices, sold and used with impunity. In the absence of regulatory measures, global pharma majors have been making a killing by pushing their devices from coronary stents and pacemakers to breast and knee implants through nexus with hospitals and doctors. Global medical device makers such as Johnson & Johnson, Medtronic, Stryker, Abbott and Bayer have a field day in brazen disregard for patient safety concerns. 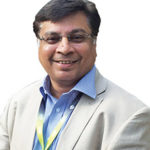 Talking to Medicare News, Rajiv Nath, Forum Coordinator, AiMeD (Association of Indian Medical Device Industry, who attended the meeting, said, ‘We complement CDSCO & MoH&FW in listening to our requests to bring in a separate regulatory framework for medical devices independent of Drugs and carry forward the initial rolling out of regulations from the launch of Medical Devices Rules earlier in Jan 2018, to a logical conclusion. A re start of the process that had stalled has been made, Let’s hope MoH&FW will Act on suggestions emerging from the meeting and stop procrastinating on the need to ensure patient safety and encourage domestic manufacturing that had been negatively impacted in absence of a predictable regulatory environment.

The 10 point outcome recommendations that emerged in the meeting are as follow:
1- All Medical Devices need to be regulated.
2- No Compromise on Quality & Safety of medical devices
3- Defined Transition time & Competency Building measures to be taken for Regulators and Industry & infrastructure, including training .
4- Separate and clear regulations from Drugs required.
5- Registration of All Mfrs & Importers of all non notified medical Devices at earliest. Devices labels to carry registration number and address to enable traceability.
6- Importers & Mfrs need to list their ISO13485 certification from NABCB / IAF accredited Certification Body ( Indian/ International) Transition period to be provided . Traceability criteria for verification of mfg site & commercial office to be defined .
7- Serious Adverse Event Reporting mechanism needs to be strengthened
8- Representation on DTAB by a Medical Devices Industry nominee as a special invitee till we have MTAB
9- Constitution of MD – EAG (Medical Devices- Expert Advisory Group ) to aid MoH in Rolling out medical devices regulations in a phased manner.
10 – Separate medical devices law & Authority (or revamping of Cdsco ) in due course . 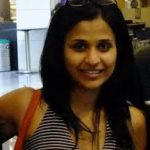 Talking about outcome recommendations of the meeting, Rajiv Nath further said, ‘Most impactful is point 5 & 6 – this will create a new regulatory marketing approval system and government will come to know who imports , who are manufacturing what. Right now all is unknown and without data and facts it’s impossible to take correct policy decisions
Expressing satisfaction at the development, Malini Aisola, Co Convenor, AIDAN (All India Drug Action Network) said, ‘The majority of medical devices are completely unregulated in India. With this move, all implantable devices and some diagnostic equipment will be brought into the regulatory framework which is important from a patient safety perspective. We welcome this step, however disappointed about the delay with which the notification takes effect- April 2020.It also sends mixed messages because the Government is deliberating a roadmap for bringing new and separate regulatory framework for devices.’ This NGO is credited with bringing about cap on the cost of stents.