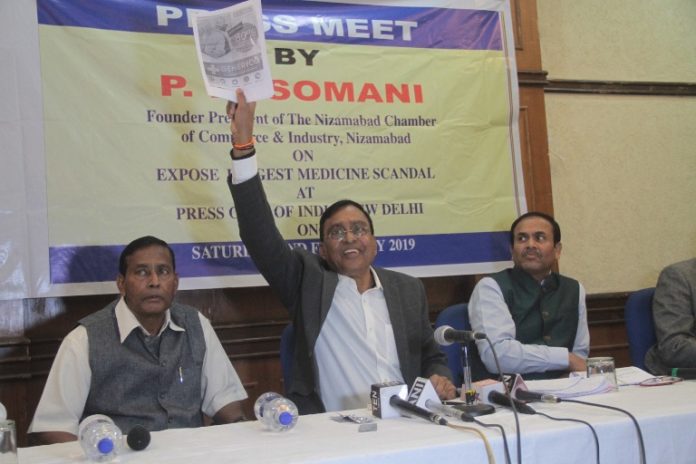 New Delhi: Armed with well researched proof, facts and figures, P.R. Somani, Founder President of THE NIZAMABAD CHAMBER OF COMMERCE & INDUSTRY, is all set to call bluff of abnormal MRP printing on the medicines. A PIL against loot and profiteering in medicine trade is in the offing. MRP is printed high on even so called generic medicines.

In a press conference in Delhi, Mr Somani alleged that abnormal MRP is being printed on medicines by the manufacturers up to 3000% more on selling prices. He clarified that manufacturers do not have monetary benefit in this. They do it just to keep up their sales. The brazen profiteering is happening on retailer ends. Somani shared extensive proof, facts and figures to buttress his points, saying he would take the fight to the logical end.

Mr Somani imputed this brazen loot on removing the provision of MRP ceiling from Drug Control Act in 2013. Nothing less than MRP Act would save people from this ruthless squeeze. The profit margin needs immediately to be capped at 35%, meaning thereby if a medicine is manufactured at Rs 100, MRP should not exceed Rs 135.

Mr Somani said, ‘As on today, there is no drug price policy to control prices of medicines. Therefore, pharmaceutical companies are printing abnormally high MRPs even up to 3,000 per cent on their medicines including generic medicines and life saving drugs and surgical equipment as well. We have initiated this campaign to save people, especially poor from being looted and squeezed. It is part of our social service.’ 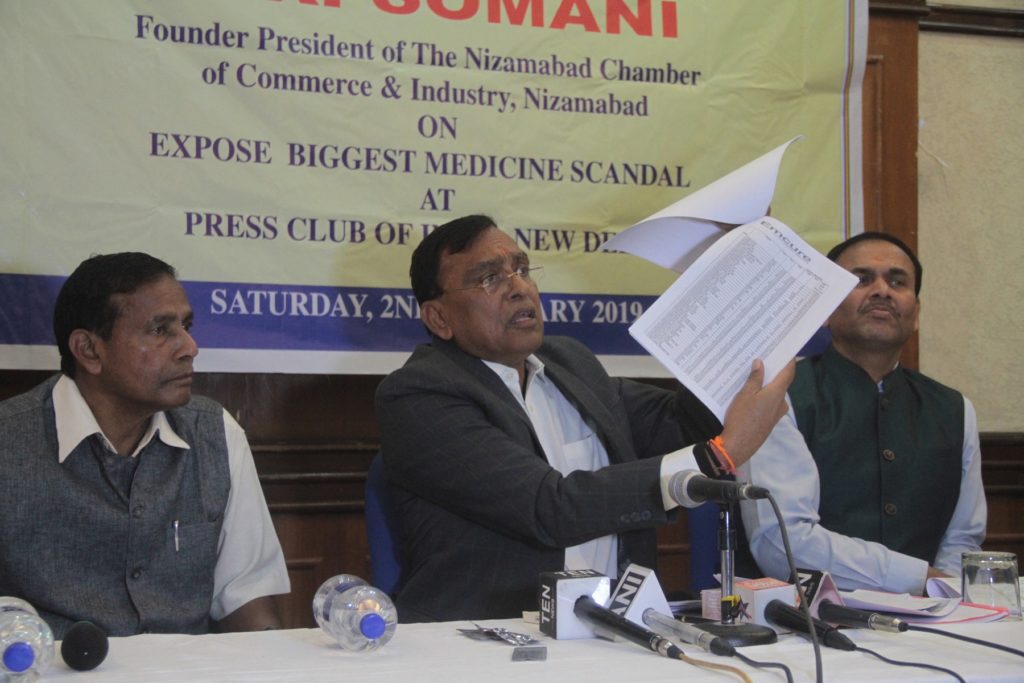 ‘Manufacturers want to sell more drugs and under the pressure of retailers and doctors who collude and prefer high MRP for their self interest,’ he added. He also raised a pertinent question: Is Government getting GST in proportion to the abnormal MRP?

Mr Somani said, ‘If Government puts a cap on printing MRP patients will have an opportunity to get medicines at lower rates and their medical expenses will be 10 to 15% and Government’s health budget, premiums of health insurance and reimbursement by insurance companies will drastically come down. I have suggested to the Government to put the cap on the trading margin of medicines at 35 per cent on manufacturers’ net selling price on all medicines by amending the National Drug Price Control Act. If there is a cap on margin of profits there will be competition among manufacturers to print lower MRPs on medicine resulting in further benefit to the poor patients.’

Mr Somani has met Venkaiya Naidu, Vice President and has represented his concern to PM Narendra Modi, J.P.Nadda, Union Health Minister, officials of pharmaceutical Department and is all set to take the matter to court if his demands remain unmet.