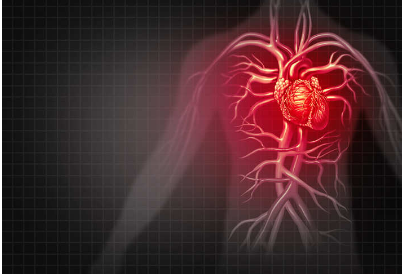 NEW DELHI: In a major finding, which goes against conventional thought and prescription trend, research published in the Journal of American College of Cardiology suggests that health supplements have minimum or no benefit when it comes to preventing heart disease or stroke. Some of them actually add to the risk, the research says.

The findings have significant implication for India because use of health supplements — either through prescription or on own — has grown multifold in the last few years, say doctors. “People take it, often on their own, to make up for the lack of nutrients in their daily food. Sometimes, doctors also over-prescribe them,” Dr Anoop Mishra, chairman of Fortis C-Doc, told TOI.

In the US, national data from 2012 showed, 52% of the population takes supplements. Multi-vitamins are taken by 31%, vitamin D by 19%, calcium by 14% and vitamin C by 12% of the population. In Europe, too, the European Prospective Investigation into Cancer and Nutrition data indicated a wide range of supplement use. For example, in Denmark, 51% of men and 66% of women took some type of supplement.

Dr Mishra said in India there were no data on supplement usage. However, he added, nearly 40% of all patients referred to him came with old prescription with a list of supplements. “Self-prescription is even more common. People start taking supplements, for example the multivitamins, simply because they read in some group messaging that it is beneficial for overall health,” he said.

Dr Ashok Seth, chairman of Fortis Escorts Heart Institute, and Dr Sujeet Jha, director of endocrinology at Max Saket, also confirmed the trend. “Health supplements are not classified as drug in India. They are categorised as food supplements and, therefore, widely advertised. Some of them are endorsed by film stars,” he said.

Dr Seth added that some of the vitamin and mineral supplements are prescribed for patient satisfaction, or as placebo. “Drug companies are capitalising on sentiments of patients where their belief is that if they take vitamins, they will feel less tired and physically better,” he said.

The fact that these supplements are available over the counter adds to public perception that they are safe to use, doctors say. In the recent past, several herbal supplements have also been launched to make the most of the growing demand for them, experts say.

Reports suggest that the nutraceutical industry in India is worth about $2.2 million and dietary supplements cover 32% of the market. “There is an urgent need to warn people against over-use of supplements. They can help only if there is a known deficiency of a particular vitamin or mineral. Otherwise, long-term usage of such supplements can be harmful,” Dr Sandeep Mishra, professor of cardiology at AIIMS, said. He stressed on the need to focus on eating healthy instead.