New Delhi: His neck, spine and hip bones had become one solid block due to their fusion. Unable to make movement of limbs, he had become a veritable statue. He was picture of helplessness with intense pain in both hips and legs. This immobilising situation occurs due to a medical condition called Ankylosing Spondylitis.

A 34 years old Mr. Sunil Kumar from South West Delhi, presented in Sir Ganga Ram Hospital emergency, completely bed ridden for 6 months with intense pain in both hip and leg region and whole body ache. He was eating and drinking all lying down and was unable to perform daily basic needs. Even toilet privileges were being given by turning patient sideways.

His spine from neck to pelvis was completely fused, even wasn’t able to bend his neck. His both Hip joints were fused thus rendering the patient as a complete ‘Block of Bone’. 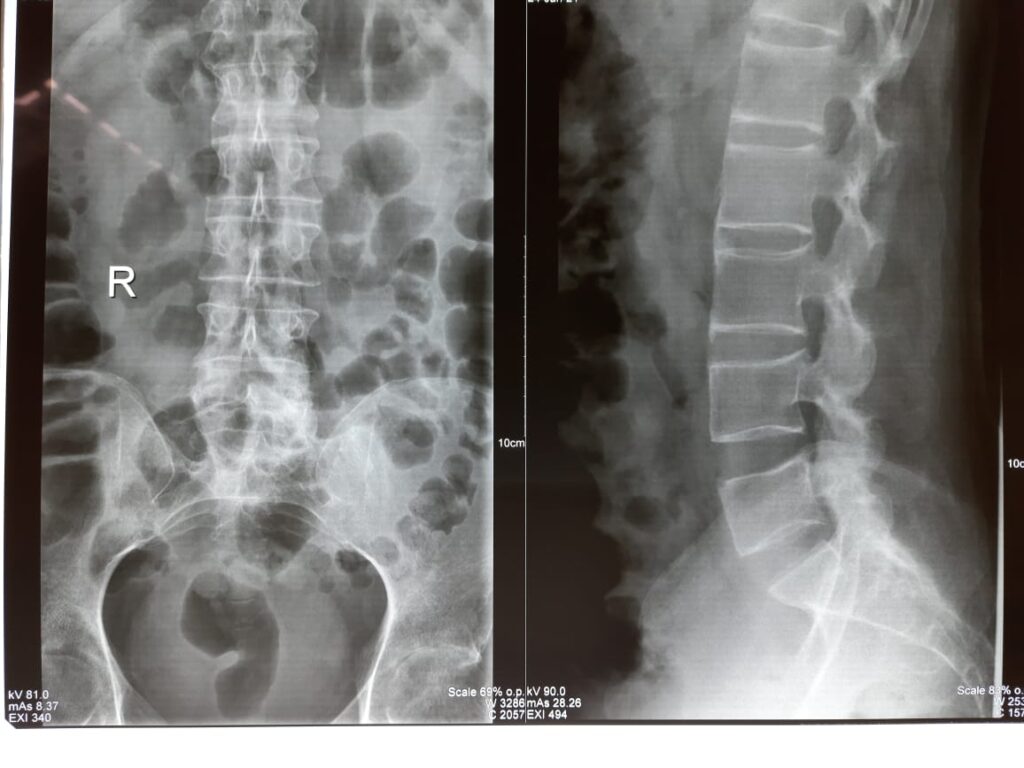 Patient was diagnosed as suffering from severe grade of Ankylosisng Spondylitis, a condition in which all central joints of the body become one block if left untreated.

According to Dr. Anant Kumar Tiwari, Senior Consultant, Joint Replacement Surgery, Sir Ganga Ram Hospital, “It is estimated that about 40 Lakhs people in India suffer from Ankylosisng Spondylitis. If untreated it leads to serious impairment of movement impacting the quality of life. The sad part is that it is commonly seen in young population”

Both Hip Joint Replacement were planned and done on 25th & 27th January, so that lower limbs can bend at the hips & patient can be made to sit and walk.

Uncemented Ceramic Total Hip Replacement was done which took almost 6 hours. Hips were made fully mobile in all directions by cutting bones and releasing all the contracted soft tissues.

This was a challenging surgery as due to disease, pelvis and femur had become one bone and it was very difficult to demarcate the hip position. After opening the area, we cut the femur from the pelvis free. Under C-arm (portable X-ray) we put a pin where the hip joint might have been and started making the space for the socket of the hip. After putting in a new socket we replaced the femur head with a new ceramic head. The new hip was reduced and the area was closed. The patient got full range of motion immediately after surgery. 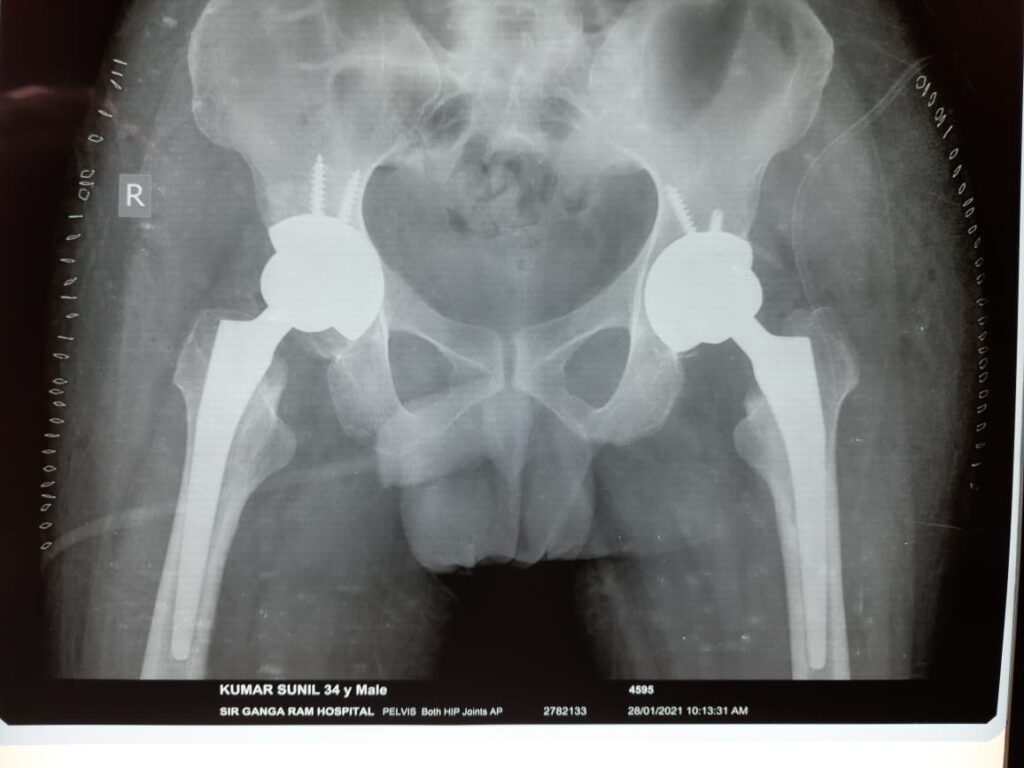 During surgery there was a great risk for Anaesthesia as well, as the patient’s neck was fixed and it is very difficult to negotiate respiratory tube to the lungs but our Anaesthesia team was able to negotiate the tube without any complications.

2 days after surgery the patient was able to eat his food in sitting posture after a gap of 3 months. He was made to stand and walk few steps after surgery. The patient has been taught active hip and knee mobilization exercises and will be allowed to move freely after 6 weeks of doing these exercises.