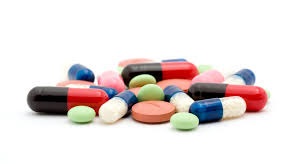 Scientists have developed a unique anti-viral composition that can effectively provide protection against several influenza A viruses such as H1N1, H3N2, H5N1 and H7N9.

Influenza, a contagious respiratory illness that infects the nose, throat and lungs, is among the leading causes of death, according to the Centres for Disease Control and Prevention.

The new anti-viral composition is made up of three siRNAs (small interfering ribonucleic acids) targeted at three genes and encapsulated in hybrid polyelectrolyte microcapsules, the Sputnik reported.

The results will be used to develop a drug to prevent and treat the viral infection, according to Alexander Timin from the Tomsk Polytechnic University in Russia.

The team developed 11 new siRNAs with anti-viral activity in vitro that can suppress conserved and consensus sequences in the genome of the influenza A virus on the NS, PA and NP genes.

Anti-viral properties were screened and three siRNAs — PA-1630, NP-717 and NS-777 — were selected for their most pronounced inhibitory ability, the report said.

For the study, the team compared the effectiveness of anti-influenza reaction of the siRNA drugs using a polycationic carrier, liposomes and hybrid microcapsules.

The results, published in the journal Antiviral Research, showed that siRNA is localised and effectively held inside the capsules with a maximum capacity of 6.4 picomol/microliter (pM/µl) siRNA.

“We have shown that microcapsules effectively protect siRNA from degrading, which is extremely important for their use as a tool for siRNA intracellular delivery,” the Sputnik quoted Timin as saying.

“If needed, their surface can be modified to reach higher biocompatibility, biodegradability, effectiveness and better-targeted delivery,” Timin added.

This can be used to develop new medicines with various properties, the team noted.

The results of the siRNA anti-viral potential study will be further used to develop a pharmacological form of the drug based on siRNA for preventing and treating the viral infection caused by the human influenza A virus, the researchers said.