As several websites continue to sell medicines online despite a ban, state agencies have swung into action against those violating the law by engaging in sale of medicines through internet. The drug regulatory authority in Delhi has initiated action against seven such outfits in the last one week, whereas the Maharashtra regulator has sent notices to several such web outlets in the last one month.

“We are keeping a very close watch on such websites and issuing notices as well as raiding offices whenever there is violation,” said a senior official in the Delhi drug regulator’s office. While many online players have opposed the ban imposed by the Drug Controller General of India (DCGI) on grounds that online sale and online market place are two different models, the regulatory agency clarified that as of now none of this is allowed.

Online drug retailers are of the view that the government should be able to differentiate between sale of medicine online and online marketplaces that facilitate drug sale. They argue the latter is compliant with the drug laws and hence should not be banned in the country. Online marketplaces are platforms or websites which take orders from customers against a prescription uploaded on their website. They claim to have trained professionals to verify and validate prescriptions before they confirm the order. The order is then transferred to a chemist of the area from where the order has been placed and the medicines are delivered to the customer.

The Indian Internet Pharmacy Association, representing online drug retailing platforms, recently met Maharashtra drug regulator HarshadeepKamble and made submissions related to compliance and suggested ways ahead. Meanwhile, the Central drug controller has also called a meeting of all state authorities later this month to discuss enforcement of the restrictions imposed on online sales of medicines. Kamble is also heading the core-committee formed by the health ministry to evaluate whether online medicine sale should be allowed.

The central drug controller recently imposed a temporary ban on online sales of medicines even as the government is yet to take a final call on the issue. The DCGI has asked state drug inspectors to keep a “strict vigil on online sale of medicines” and take strong action against those violating the law.

It is really a very good initiative by DCGI and its state body for better coordination and vigil on line sale. 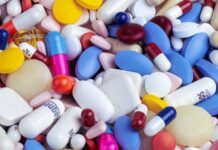