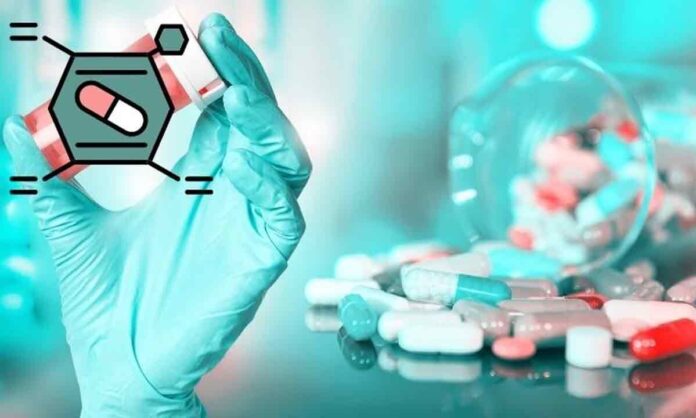 New Delhi : Exports of pharmaceuticals from the country has continued to register a growth of around 10 per cent during the month of May, 2022, in line with the exports trend reported in the first month of the fiscal 2022-23, according to the quick estimates for selected major commodities for the month released by the ministry of commerce and industry.

Exports of drugs and pharmaceuticals during May crossed $2.07 billion as compared to $1.87 billion during the same month of last year. The growth registered was 10.28 per cent, said the Ministry.

Exports for the two months including April and May, 2022, have witnessed a growth to $4.13 billion, as compared to $3.77 billion reported during the corresponding two months of last fiscal year.

Imports of medicinal and pharmaceutical products, on the other hand, registered a decline of 14.52 per cent in May, to $695.42 million as compared to $813.53 million during the same period of previous year. For the two months of April and May, 2022, the imports declined 6.05 per cent, at $1.40 billion as compared to $1.49 billion in the same two months of the previous fiscal year.

Exports, however, continued the growth momentum of April, as April witnessed a growth of 9.49 per cent at $2.07 billion as compared to $1.9 billion during the same month of last year.

When compared to the exports during March also, the April exports showed a significant growth.

The exports of drugs and pharmaceuticals during the fiscal year 2021-22 witnessed a growth of 0.66 per cent at $24.6 billion as compared to $24.44 billion during the previous fiscal year, according to the preliminary estimates of the Department of Commerce.

The Government was targeting an export of $29 billion during the fiscal, but the market conditions were not in tune to support that growth, said experts.

Indian pharma companies, enabled by their price competitiveness and good quality, have made global mark, with 60 percent of the world’s vaccines and 20% of generic medicines coming from India.

The share of pharmaceuticals and drugs in India’s global exports is 5.92%. Formulations and biologicals continue to account for a major share of 73.31% in total exports, followed by bulk drugs and drug intermediates with exports of $4.44 billion. India’s top 5 pharma export destinations are US, UK, South Africa, Russia and Nigeria.

It is also noteworthy that around 55 per cent of its pharma exports cater to highly regulated markets. Indian pharma companies have a substantial share in the prescription market in the US and EU. The largest number of US Food and Drug Administration approved plants outside the US is in India.

In the year 2020-21, Indian drugs and pharmaceuticals had registered a sharp growth amid the Covid-19 despair, achieving an export of $24.4 billion with a YoY growth of 18%.