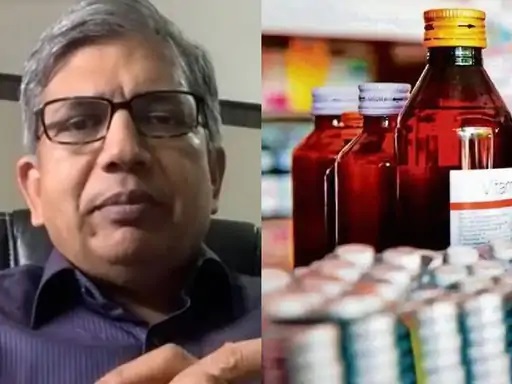 Jaipur : Renowned psychiatrist Dr. Anil Tambi was arrested today by the Central Bureau of Narcotics (CBN) Kota team in Jaipur. After the arrest, Tambi was produced in the link court of NDPS court, from where he was sent to jail for 14 days following the order of the court.
On the night of November 29, a joint raid was conducted by the team of CBN and Drug Control at Dr. Tambi’s house, from where a large number of consignments of NDPS category medicines were seized.
On the basis of Jaipur input on November 29, the CBN team raided the Rajasthan Medical and Provision Store located in Chandpole, in which a large number of medicines were seized from a godown of the medical store. This godown was being operated without a license.
Due to this, the team also arrested Mohd. Wahid Quereshi from here and the license of that shop was cancelled on the same day. The team got some input from this shop, after which the team reached Dr. Anil Tambi’s house in Malviya Nagar.
The drug control team found evidence from Dr. Tambi’s house that 360 MRP medicines were sold for Rs 500 from the medical store of Dr Tambi’s hospital. Along with this, a large number of NDPS category drugs (consignment of Avil injection) were found kept there. After this, NCB had made a case in this matter and today Dr. Tambi was arrested and presented before the court.
Drug Controller said that in the investigation of 15 shops which were raided on November 29, it was found that despite having C&F in the state on behalf of these medical store operators, consignments of Avil injections were purchased from other firms from outside the state and sold to them.

Today, licenses of 15 retail medical shops of Jaipur have also been canceled in this matter. On November 29 itself, after raiding these shops, the team found a big disturbance in the purchase and sale of Avil medicines from here.

Today after Rajasthan Human Rights Commssion sought action report, ADCs has cancelled the licences of following 15 retail shops for the misuse of Avil drug in Jaipur:-