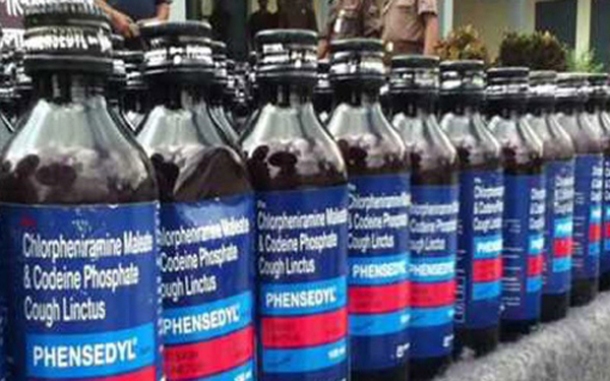 Recently, allegedly imported 568 cartons of smuggled Phensedyl have been seized by Basistha police from Beltola.

According to the Beltola police, these cartons brought from Ahmedabad and smuggled to Guwahati. Phensedyl is banned as it is also used as a narcotic substance.

One arrest has been made by police named Mahendra Sharma from Rajasthan and is in connection with the smuggling. He is operating this illegal business in the city for a long time.

This syrup is highly useful to cure a cough, common cold, itchy throat etc but as it also contains Codeine Phosphate, which is a narcotic drug. Codeine Phosphate, when consumed in a large amount, causes addiction over a period of time. India banned this drug in 2016 but still, it is illegally manufactured and smuggled.