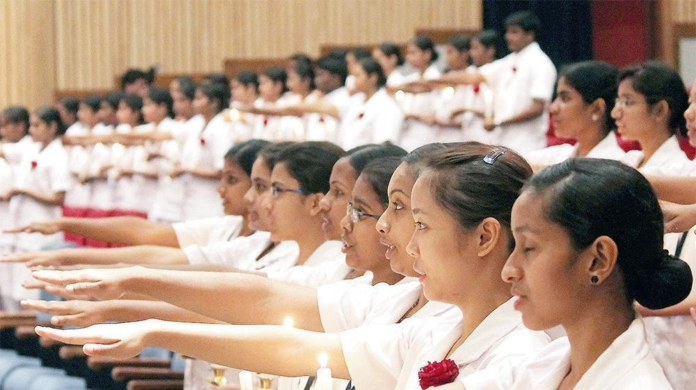 Thiruvananthapuram: Finally, the state government managed to issue the notification ensuring minimum wage of Rs 20,000 for the nurses working in the private hospitals in the state.

The notification was hurriedly issued on Monday night as the nurses had threatened of beginning an indefinite strike paralysing the functioning of all private hospitals in the state from Tuesday.

However, the nurses’ association has not withdrawn their strike since they are yet to receive the details of the notification released. As per the notification Rs 20,000 will be the basic pay for the hospitals which have a bed strength below 50.

Soon after the reports about the minimum wages notification came out, the private management association made it clear that it was unacceptable for them and they will move court against the notification.

A long march by the nurses from KVM Hospital, Cherthala, was also scheduled to begin on Tuesday.