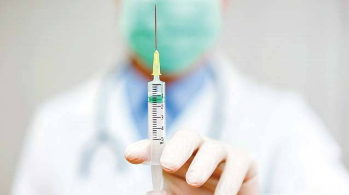 Meerut: The Rotavirus vaccine, to prevent diarrhea among children below five years of age, has finally arrived in Meerut. Workers at the Meerut health department have already been trained on the vaccine and its uses to avert untimely deaths of children and infants. The vaccine will be available for distribution in the district by August 13. It will be administered to locals on routine immunization dates of Monday, Wednesday and Saturday.

Three health officials were trained at the state level, after which doctors in each block of the district were given training regarding the Rotavirus vaccine.

“The doctors, Auxuliary Nurse Midwives (ANM) and Accredited Social Health Activists (ASHA) were trained for Rotavirus vaccine in June. Now that the training is complete, the first stock of vaccines has arrived for Meerut region and will be handed over to us for distribution by August 13. After the vaccine is given to us, we will distribute them among locals here,” said Dr Vishwas Chaudhary, Meerut district immunization officer.

Health officials say that out of all the diarrhea cases in India, at least 40 percent are caused by Rotavirus. The vaccine will be administered orally with polio vaccines. Five drops of it will be given to new-born children at intervals of six weeks, 10 weeks and then 14 weeks.

Diarrhoea due to Rotavirus is also associated with delayed physical and mental development among children, Chaudhary added. “The vaccine will be administered on Mondays, Wednesdays and Saturdays, once they are handed over to us. The vaccine will help us bring down the number of diarrhea cases in the district,” he said.