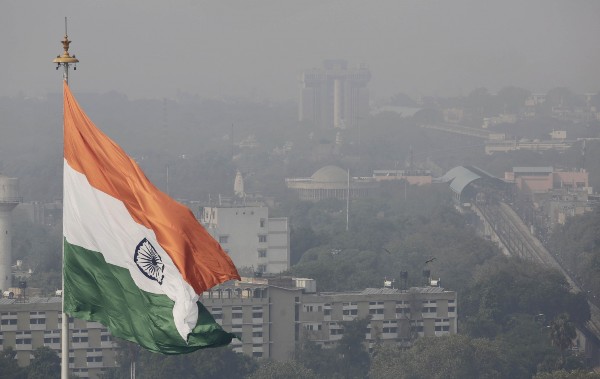 These findings are part of the first comprehensive estimates of deaths, disease burden, and life expectancy reduction associated with air pollution in each state of India published by the India State-Level Disease Burden Initiative. These research findings published in The Lancet Planetary Health were released on December6 at ICMR.

The report says that India with 18% of the global population has a disproportionately high percentage of the global premature deaths and disease burden due to air pollution.  The India State-Level Disease Burden Initiative is a joint initiative of the Indian Council of Medical Research (ICMR), Public Health Foundation of India (PHFI), and Institute for Health Metrics and Evaluation (IHME) in collaboration with the Ministry of Health and Family Welfare, Government of India, along with experts and stakeholders associated with over 100 Indian institutions.

On the release of these findings, Prof. Balram Bhargava, Secretary to the Government of India, Department of Health Research, Ministry of Health & Family Welfare, and Director General, ICMR, said ‘It is important to have robust estimates of the health impact of air pollution in every state of India in order to have a reference for improving the situation. There is increasing political momentum in India to address air pollution. The findings reported today systematically document the variations among states, which would serve as a useful guide for making further progress in reducing the adverse impact of air pollution in the country.’

Highlighting the need for collaboration in addressing air pollution, Dr. S. Venkatesh, Director General of Health Services, Ministry of Health and Family Welfare, Government of India, said, “The National Health Policy 2017 has listed exposure to air pollution as a significant risk factor, and calls for convergence between sectors to reduce the growing burden of chronic diseases in the country that are often related to air pollution. We are undertaking a number of initiatives for experts to convene in order to develop strategies that would increase awareness among communities on what each one of us could do to reduce the adverse impact of air pollution on health, which would benefit from the state-specific findings reported by this study.”

“There has been increasing consensus in recent public and policy debates in India on the need to address the adverse health impact of air pollution” said the senior author of this study, Prof. Lalit Dandona, Research Professor, PHFI, and Director, India State-Level Disease Burden Initiative. “The findings in this paper that one out of every eight deaths in India can be attributed to air pollution, and that air pollution is now responsible for more disease burden in India than tobacco use, would help increase the momentum further for control of air pollution. Eom

Key findings from the paper:

Variations between the states in the exposure to outdoor and indoor air pollution should be taken into account while planning policies and interventions to reduce this exposure and its health impact.