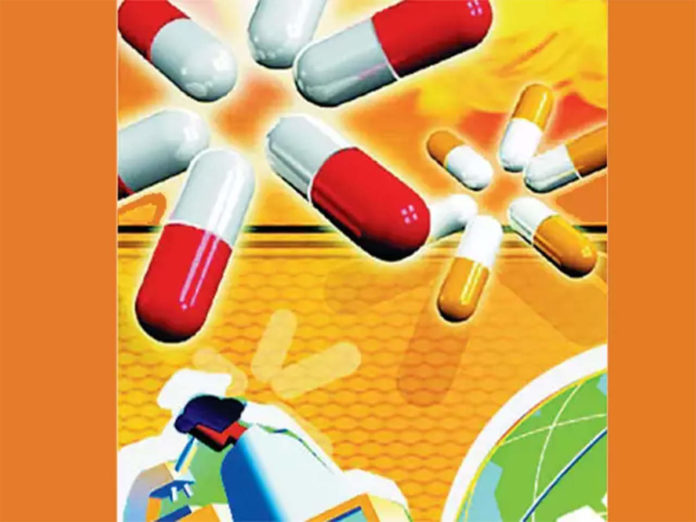 NEW DELHI: Two months after the launch of Ayushman Bharat-Pradhan Mantri Jan Arogya Yojana, Gujarat has emerged as the top performer of the Centre’s ambitious health financing scheme. As of November 23, the Prime Minister’s home state accounted for around 26% of the total number of hospital admissions cleared under the scheme so far.

AB-PMJAY, which was launched on September 23, promises health coverage of Rs 5 lakh per family to over 10 crore poor families. Over 3.4 lakh beneficiaries have been treated under the scheme since its launch until November 24, according to the National Health Agency.

Claims of Rs 400 crore have been raised under this scheme so far, of which Rs 350 crore has already been given out by the Centre and states, said a senior government official, requesting anonymity.

Earlier this month, the finance ministry was asked for an additional Rs 2,000 crore to keep the scheme running for the rest of this financial year, ET has learnt. 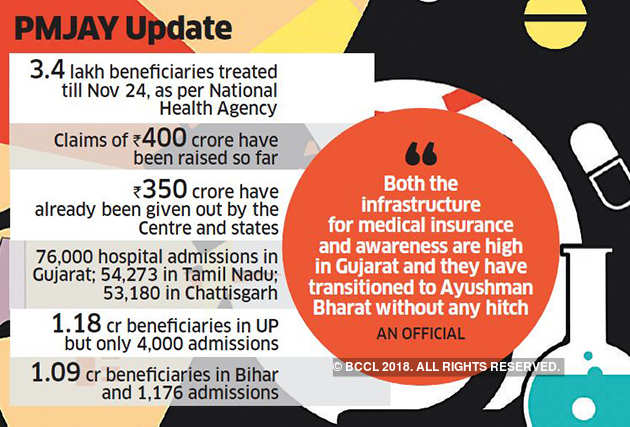 While Gujarat clocked in around 76,000 hospital admissions since September 23, Tamil Nadu ranked second at 54,273 and Chattisgarh third at 53,180, according to data from the health ministry. Karnataka and Maharashtra, which came on board for the scheme close to its launch, also rank among the top five performers at 40,216 and 27,237, respectively, ET has learned.
Gujarat tops in implementing Ayushman Bharat
However, government data shows that Uttar Pradesh and Bihar, where the number of AB-PMJAY beneficiaries are the highest, still rank among the lowest performers so far.

A senior central official told ET that one reason behind Gujarat’s success is that it has already been implementing a similar scheme, known as the Mukhyamantri Amrutam ‘MA’ Yojana, since 2012. The scheme, which was launched by Narendra Modi as chief minister, offered medical coverage of Rs 3 lakh to below poverty line (BPL) and lowermiddle class families.

“Both the infrastructure for medical insurance and awareness are high in Gujarat and they have transitioned to Ayushman Bharat without any hitch, as it offers higher insurance cover of Rs 5 lakh,” the official said.

“In comparison, states like Uttar Pradesh and Bihar have never had a medical insurance scheme as such and it will take some time for awareness levels to rise there,” the official said.

However, the two states have been picking up pace of their progress and are expected to join the ranks of best performers in implementing the scheme in the next six months, AB-PMJAY CEO Indu Bhushan said.

Uttar Pradesh had carried out only around 1,000 admissions in the first month of the scheme’s launch, while Bihar had only managed 100-200 in that time, according to data from NHA.

“Once Uttar Pradesh picks up, it will be giving us 3,000-4,000 (admissions) per day because of the huge number of beneficiaries. Compared to how they were performing earlier, Bihar has also picked up,” Bhushan told ET. “Once the scheme takes root in all states over the next six months or so, we should be getting 10 lakh admissions (in total across India) per month. We are growing exponentially.”