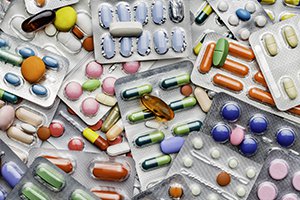 THIRUVANANTHAPURAM : A pioneering study by Keralite doctors could perhaps explain why some of the drugs are not working in the treatment of various ailments. The study found out that 30% of the new drugs approved by the country’s drug regulator in a decade could be ineffective, but still got approval due to the lax process. The list include medicines for arthritis, sexual disorders, gastrointestinal diseases, skin diseases, respiratory illnesses, etc.

Forget efficacy, but safety of the drugs is not always properly recorded in the country, said health experts.The new drugs approved by the Drugs Controller General of India are automatically approved by the state’s Drug Control Department. There has been no recent history of a drug recall.

“A significant number of non-cancer drugs approved for use in India are not approved in the USA, Europe and Canada. There could be a lot of approvals of substandard drugs with marginal benefits happening in India. The study points out the need to strengthen the approval process,” said Dr Mathew.The approval process in the US and Europe is more stringent and regulators also demand periodic post-marketing surveillance study to understand the safety of drugs sold in the market. The poor reporting standards have compromised similar data collection in the Indian scenario, said health experts.

“The criteria for approval differ with regulators. The Indian drug regulator usually gives approval if it is approved by other regulators. In India also, the drugs are approved only after field trials. But we have a poor system for reporting adverse events unlike in the USA and Europe,” said Dr Jeemon Panniyammakal, an assistant professor (Epidemiology), Sree Chitra Tirunal Institute for Medical Sciences and Technology (SCTIMST).

“The safety data is best captured during post-marketing surveillance because field trials have limitations. The doctors may not report all side effects, except for major ones,” he added.Drugs Controller P M Jayan said the new drugs analysis can be conducted only with the support of manufacturers and usually such testing is not done if the drug is already approved by DCGI.

“Chances are that we even approve drugs without much efficacy. However, the rejections are usually less, but it can happen based on the adverse reports elsewhere. The liberal drug approvals have also helped in getting cheaper drugs from foreign drug manufacturers who are reluctant to spend a large amount of money for approval in the USA and Europe,” said Dr N M Arun, an internal medicine specialist and public health activist.

The approval process in the US and Europe is more stringent and regulators also demand periodic post-marketing surveillance study to understand the safety of drugs sold in the market. The poor reporting standards have compromised similar data collection in the Indian scenario, said health experts.