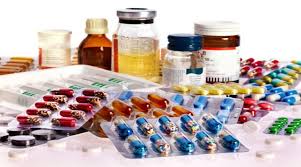 An expert panel team appointed by the government has recommended the continuation of the ban on 343 fixed-dose combination (FDC) drugs. The expert sub-committee of the Drugs Technical Advisory Board (DTAB) has also explained it clearly that the consumption of these drugs will expose its users to unnecessary overuse risks and dosing mismatch in these products can result in toxicity.

The panel is specially created to review the ban on 349 FDCs – drugs containing two or more active pharmaceutical ingredients in a fixed dosage ratio, has recommended that 343 out of them should be “prohibited” and the remaining six need to be “restricted or regulated”.
The future of these 6 combination drugs will now be decided by the government. The panel will send report the health ministry in the coming days. This decision will shake the Indian Pharmaceutical industry as it affects as many as 6,000 brands from top manufacturers, including Pfizer, Wockhardt, Cipla and Sun Pharma.

Panel results are favoring a huge victory for public health activists and patient advocacy groups who have been fighting to root out these risky drug combinations. Two years ago, these drugs banned by the health ministry after a committee headed by Prof CK Kokate declared them unsafe. Drug producers approached high courts across the country. In January, 2018, the health ministry filed case at the apex court challenging a Delhi high court order that quashed the ban. The Supreme court ordered to constitute the DTAB panel to re-examine the issue.

One petition had also filed by the Aidan, a consortium of nonprofits in Supreme court against the Delhi high court order.
The documents clearly proved that the panel has made some deep observations on the claims of FDC producers. The published literature provided by these companies to justify the FDCs “were not relevant (epidemiological data not from India), relied on a few biased studies, indications mentioned were too broad/absurd/vague and were not as per treatment guidelines”, it stated.

For most FDCs, “their use would lead to unnecessary overuse and the patients would be exposed to the risk of multiple ingredients when one would suffice”. In FDCs where there is dosing mismatch, its “use will result in toxicity wherein the ingredient is being administered more frequently than required, or lack of effect wherein the ingredient has been administered less frequently than required. An inability to adjust doses of individual ingredients is especially risky if an ingredient has a narrow safety margin”, the panel observed in its report.

“Appellants claimed safety by quoting OTC (over the counter) products in UK and US markets, ignoring the lacunae in the OTC system, label requirements of OTC products (eg. not for children under 12 years of age), lack of efficacy and withdrawal by the innovator of some products. Some appellants wished to change indication and/or carry out studies in support of their respective FDCs. They were advised to follow D&C Act for new drugs,” the committee further stated.

The report has sent shockwaves through the pharmaceutical industry. “It is going to severely affect us. At one end, the surging cost of raw materials and packaging items is taking a heavy toll on production. Moreover, there is an acute shortage of APIs and their prices have skyrocketed. In the coming months we are anticipating closure of many manufacturing units,” Bihar Drugs and Pharmaceutical Manufacturers’ Association president Sanjiv Rai said.

The DTAB panel was headed by Dr. Nilima Kshirsagar, the chair in clinical pharmacology at ICMR Mumbai. The panel and co-opted experts held 41 meetings and reviewed 812 representations from appellants including Aidan and hearing from 467 companies for 156 FDCs. It also relied on literature in scientific peer-reviewed journals, a meta-analysis by international organizations and guidelines issued by the World Health Organisation.