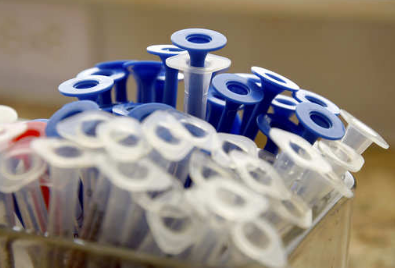 BATHINDA: Given the rampant drug addiction and a score of drug injecting users (IDUs) dying of overdose, districts of Punjab have directed the chemists and medical stores not to sell the syringes without a written prescription from a doctor. The deputy commissioners or additional deputy commissioners using the powers conferred upon them under section 144 of CrPC have imposed a complete ban on sale of syringes without prescription.

Meanwhile, Bathinda deputy commissioner Diprava Lakra and SSP Naveen Singla held meeting with Drug Abuse Prevention Officers(DAPOs). Lakra called upon the DAPO volunteers to inform drug addicts and their families about the facilities for de-addiction available in government set up so that maximum people can avail its benefits.

He also asked the DAPOs to collect information about those who take drugs and those who are suspected to be selling drugs so that strict action could be taken against the offenders.

SSP Naveen Singla said that if any police officer or employee was found dillydallying in drugs related case, stern action will be taken against him or her. Already Rampura city police station SHO Bikkar Singh and munshi head constable Jaspal Singh have been arrested for pocketing bribe from a drug peddler for letting him off without registering case.