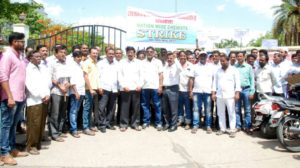 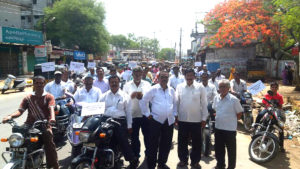 Baldev Malhotra : The closure of Telangana was completely successful with the shutdown of the one-day nationwide call called on the call of AIOCD. In the protest against the e-portal being implemented by the government, drug dealers across the country were on one day’s closure. Under this, all drug shops in Telangana were closed. Bike rallies were picked up by drug dealers in Sangareddy town Telangana. Mr. Satish Rao and Secretary Mr. Krishnaiah shashikanth krishna and other office bearers of Telangana Chemists & Druggists Association in support of their demands, handed a memorandum to the city collector.