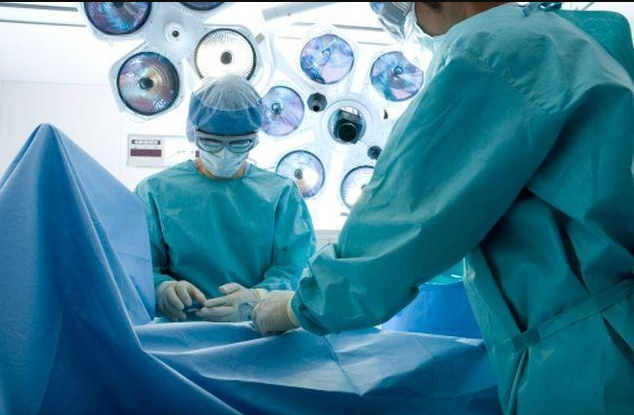 HYDERABAD: The KCR government has claimed to bring down the number of Caesarian deliveries in government hospitals since the launch of the KCR Kits scheme, but the percentage of C-sections remains at a high 45%.

Medical and health department officials said that more women are opting for government hospitals now, where the push for C-section is not as high as in private hospitas looking to earn a quick buck. But of the 2 lakh deliveries in government hospitals since June 2, 2017, as many as 91,001 were C-sections. The Comptroller and Auditor General (CAG) report has revealed that C-sections were high in the 2016-17 fiscal too.

Enquiries by TOI revealed that many of these Caesarian deliveries were unavoidable as they were second deliveries by women who had already gone under the knife. “Nearly 50% of the 2 lakh women who delivered babies in government hospitals came for their second delivery. These women had already undergone C-sections in private hospitals before the launch of KCR Kits,” officials in the health department said.

While it is not a foregone conclusion that the second delivery has to be a C-section if the first one was the same, it is unavoidable due to lack of specialists and equipment in primary health centres and area hospitals in rural areas.

Dr Prithivi Perum, assistant professor (Gynaecologist) at Niloufer Hospital, said vaginal birth after a C-section is possible if the gap between first and second pregnancy is at least three years and the first delivery scar thickness is 4mm. “There are certain conditions, but the risk factor is high,” she said.

Ch Satyanarayana Reddy, special officer for implementation of KCR Kits, informed TOI that even 91,001Caesarean operations is 20% lesser than the 68% C-sections before the launch of KCR Kits. “Though the number looks high, the percentage of C-sections has come down. From giving nutritious food to pregnant women, providing vehicles for transportation to hospitals and taking care of mother and child after delivery, the KCR Kit scheme has restored people’s faith in government hospitals. The number of deliveries in government hospitals has increased and accounts for 50% of total deliveries in the state,” he said.