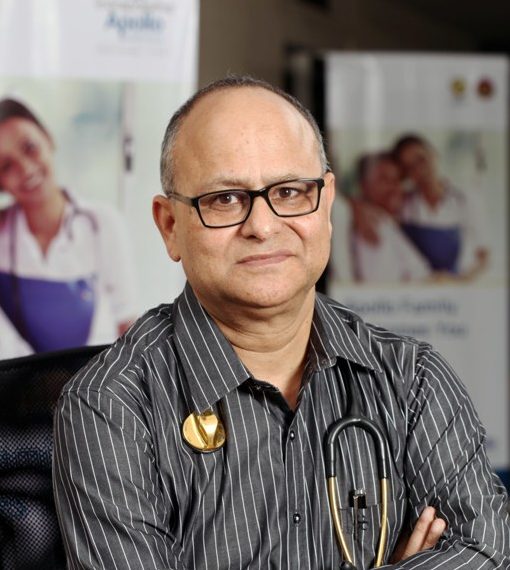 New Delhi: Even Children may become diabetic. It may seem odd on the face of it but the reality is far more frightening. Even newborns are being found packed with sugar in blood. And, mind you, it is type-2 diabetes!
Sample this. At Apollo Sugar Clinic, a baby of two month was found with high blood sugar. The baby had to be put on insulin to be stabilised.

By Dr. S. K. Wangnoo, Senior Consultant, Endocrinology, Indraprastha Apollo Hospitals says, ‘Children are not safe from diabetes either. In Delhi alone 32 in 1 lakh is estimated to be diabetic. One aspect of diabetes which is not commonly known is that it can also affect newborns. Neonatal diabetes can present in children even before the age of six months.’

Dr Wangnoo elaborated, ‘At Apollo Sugar Clinic, a reference was requested from the paediatric ward for high blood sugars in a baby of 2 months. The child was evaluated thoroughly for any unknown factors responsible for high sugars. There was no family history of diabetes also. The baby was put on insulin infusion for control of sugars and stabilised. In the meantime, blood work sent for neonatal diabetes, both for the baby and the parents which came out as positive. We weaned the baby off from insulin and started on small doses of oral anti-diabetic (OAD) medication. The parents were counselled regarding the nature of the disease and the need for long term follows up.’

Dr Wangnoo further said, ‘In most of the cases, children who present symptoms of diabetes are either obese or overweight. A sixteen year old girl presented with high blood sugar, and already had been initiated on insulin on advice of a physician. The family requested for a second opinion at Apollo Sugar Clinic regarding the dire diagnosis. The girl was obese, had strong family history of diabetes, had poor eating habits and was sedentary most of the time. When investigations turned out to be negative for type 1 diabetes, she was weaned off insulin, advised lifestyle and diet changes, and put on OADs. She followed the advice meticulously, lost weight and is doing good on minimal OADs. Similarly, another sixteen year old girl who was positive for multi-generational diabetes mutation has managed her symptoms by controlling her diet.’
‘Rising obesity in children is a health hazard which is leading to a plethora of diseases. A survey last year estimated that almost 35% of teenagers in Delhi are either obese or overweight. This is a shocking figure because statistics show that obesity has risen drastically in children, especially teenagers. The major reasons for increasing incidences of obesity in children are addiction to TV, internet, gaming devices, sedentary lifestyle, consumption of junk food, lack of regular physical activity, etc. Children, as well as parents, have an unhealthy aversion to sports and games which is also contributing to this alarming situation. Many diseases are associated with obesity such as diabetes, pre-diabetic symptoms, hypertension, coronary artery diseases, etc. Every organ of the body is adversely affected by diabetes,’ added Dr Wangnoo.

Delhi alone, it is estimated that 32 per lakh children suffer from diabetes. As per recent studies, obesity has been linked to type 2 diabetes in children. The silver lining is that if detected early, pre-diabetic symptoms can be managed to eliminate the risk of developing full-blown diabetes.

Diabetes which is influenced by unhealthy lifestyle can be managed by adopting good habits. The first step is to lose extra weight. A healthy BMI helps to control blood sugars. One way to do it is to limit the amount of carbohydrates and have a diet which is rich in high-fibre carbs and proteins such as green vegetables, fruit, beans, and whole grains.

Importance of regular exercise in managing one’s diabetes cannot be stressed enough. It is important to keep moving. Not only does it help to control blood pressure, cholesterol, and triglyceride levels, it also helps one to cope with the stress of daily life. Aim for getting at least 45 minutes to an hour of aerobic exercises five days a week. This will also help you sleep better, which is very important because a sleep-deprived person tends to eat more and thus put on more weight.
‘Last but not the least, don’t self-medicate. Discuss your health issues with your doctor and follow your doctor’s advice regarding regular health check-ups and follow-ups,’ added Dr Wangnoo.