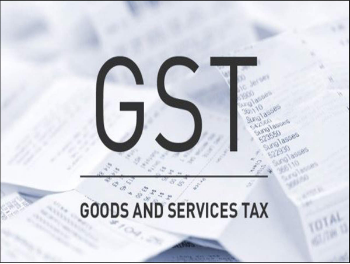 Mumbai: About 50 FMCG and pharmaceutical companies that were given tax exemptions for investing in industrially marginal areas of J&K, have dragged the state and central government to court over the apparent lack of such concessions in the Goods and Services Tax (GST).

Under the erstwhile tax regime, manufacturers who would invest in some areas would get indirect tax exemptions from the state governments – and sometimes from the central government. The idea was to encourage more investments in these exempted zones.

The companies claimed that they had invested in the state based on promises made under the earlier tax regime. The benefits were withdrawn after July 1, 2017, as all the indirect taxes were subsumed in GST.

The Jammu High Court on Friday issued notices to the governments and the GST council for clarity on the matter.

“The unintended omission of continuing tax benefits has virtually rendered doing business in these areas economically unviable,” said Abhishek A Rastogi, partner at Khaitan & Co, who is also the lawyer for some of the companies.

Post implementation of GST, they are facing considerable financial hardship as erstwhile excise exemptions have been short-changed for central and State budgetary support schemes with only 29% of IGST refund for inter-state supplies, said Rastogi.

Some of the companies claimed that the tax sops for them could have continued till 2017 had it not been for GST.

While J&K government has been giving 100% refund of the taxes to be paid in the state there has been a significant reduction to tax sops from the centre.

The main difference between the erstwhile tax regime and GST is that the latter is a consumption based taxation. Which would mean that GST paid where the consumption happens. Due to which many states that were offering tax sops for setting up units and attracting investments would now not collect as much taxes. The GST would be collected in states where the consumer resides or where actual consumption takes place.

This has led to a problem for a lot of states that had dished out tax sops to attract investment earlier. Many companies in other states like Uttrakhand, J&K, Himachal Pradesh and the North East too have dragged the government to court and filed writ petitions.