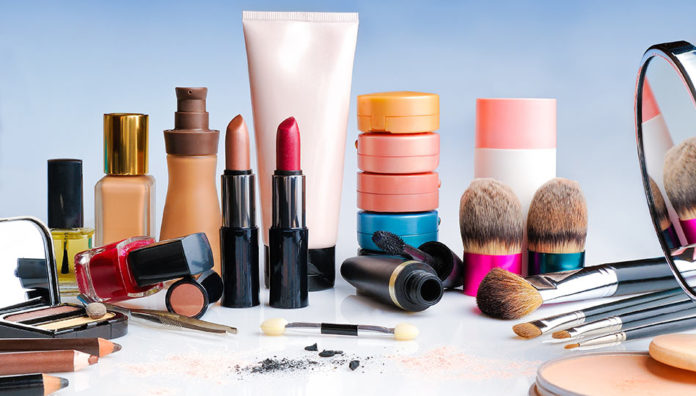 In a bid to allay safety issues concerning cosmetic merchandise sold across India and produce uniformity in licensing procedures, the Central government planned to list the whole composition of merchandise within the approval certificate issued by the licensing authority. The proposal was deliberated at length by the Drug Consultative Committee (DCC) at its recent meeting and also the clause might be incorporated within the final version of the Cosmetics Rules 2018.

No specific provision or guidelines under the Drugs and Cosmetics (D&C) Act is there currently and even not regarding the approval of cosmetic products by the licensing authority.

In many states, the permission is given solely on the name of the merchandise and also the careful composition or ingredient list isn’t mentioned within the license issued to manufacturers. But when investigations were done, many harmful chemicals and ingredients detected in sample analysis done by drug inspectors and these should not be a part of cosmetics.  During inquiries, producers used to give the same statement that they have submitted the composition details to licensing authority while getting permission for the product manufacturing. But on the license submitted by these producers, only the name of cosmetics mentioned without any details of its composition. Always, the investigation officer was in dilemma about appropriate punitive action.

Harmful chemicals like phenol and trichloroacetic acid are commonly found in licensed cosmetics during sample analysis. Whereas these beauty products have displayed usefulness in treating skin problem scars, various new health studies have shown that their use may end up in severe health hazards. After analyzing the whole situation, health ministry proposed the final product should have a valid license and the composition should be mentioned in the approval certificate, as many unscrupulous chemicals escape through the regulatory loophole.

The health ministry notified the draft Cosmetics Rules 2018 containing 71 Articles in December as the existing legislation focuses predominantly on drugs, with only seven of the 169 rules referring to cosmetics.

Cosmetic industry representatives criticize some of the propositions as too stringent, especially for the SMEs and also welcoming the new step to introduce separate regulations for the cosmetics industry. Manufacturers are happy with some of the “Certain clauses, like the listing of the applicable Bureau of Indian Standards (BIS) norms and found it constructive.

However, the whole process to conduct Centre-state joint inspections of production sites will only delay the licensing process. Kajal Anand, past president of AICMA(All India Cosmetic Manufacturers’ Association said that the ministry officials coming from the Centre will be unaware of local issues and sensitivities. These plans will definitely increase corruption and create additional bottlenecks.

There is another inadequacy within the existing law regarding the display of ingredients mentioned on cosmetics labels. Although there’s provision to write the ingredient list on packets in descending order of their content, their percentage isn’t obligatory.  BIS 4707 part ll, allowed certain ingredients with restrictions in their percentage usage in cosmetics. Some ingredients are allowed only for a selected category of cosmetics.

To solve this anomaly, Maharashtra drug controllers suggested a provision to mention the percentage of restricted ingredients on product labels to make it easier for the field officer to detect violations. But their suggestion was rejected by the drug consultative panel as it’s not

Necessary because everything was reviewed like the composition of ingredients as per prescribed standards while granting the manufacturing license.

All the feedback from stakeholders on the new cosmetics regulations are reviewed by the ministry and once implemented, the new norms will amend and supersede the D&C Rules. If there is any inconsistency, the provisions of the new regulations will prevail over the existing legislation.