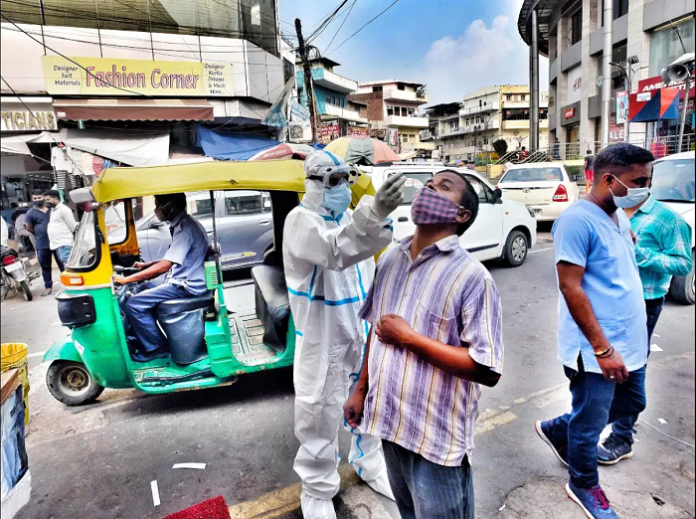 New Delhi : India’s active Covid cases went below the 7-lakh mark on Thursday as the downtrend continued for the 21st day running, with the number of discharged patients outstripping fresh cases in most states.

Active cases on Thursday were 6,99,527, a fall of more than 21,000 from the previous day. The slide in active cases has been continuous since October

With 54,723 testing positive for the virus, fresh infections remained below the 60,000-mark for the fifth consecutive day on Thursday. There were 675 fresh casualties on Thursday, after staying above the 700-mark for two days, taking the cumulative toll to 1,17,275.

With 7,539 cases, Maharashtra reported less than 10,000 infections for the fifth day in a row. Daily deaths in the state saw a marginal increase from Wednesday but, at 198, continued to remain under 200. The state’s toll is now 42,831.

However, the situation continues to be of concern in Bengal with a steady rise in daily infections leading to active cases crossing the 36,000-mark on Thursday at 36,064. Bengal reported 4,157 new cases, its highest daily spike. Since October 8, Bengal has been reporting highest spike in cases daily.