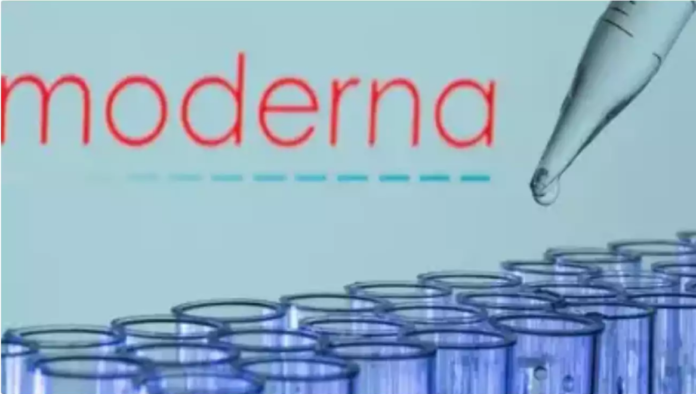 Indian pharma major Cipla will “facilitate” the import of Covid vaccines donated by US biotech major Moderna, possibly in the near future, under licence for restricted use by India’s drug regulator DCGI.

In parallel, Cipla is also pursuing a separate tie-up with the US firm to undertake large-scale fill-and-finish, distribution and commercialisation of Moderna’s messenger or mRNA vaccines. Moderna’s vaccine becomes the fourth to get emergency authorisation in the country after Serum Institute’s Covishield, Bharat Biotech’s Covaxin and Russia’s Sputnik V.

Niti Aayog member (health) V K Paul told a media briefing on Tuesday that the regulatory clearance potentially opens up a clear possibility of the vaccine being imported to India in the near future. “An application received from Moderna through their Indian partner Cipla has been granted new drug permission for restricted use which is commonly known as emergency use authorisation,” Paul said. “Our efforts to invite and to have other internationally developed vaccines, specifically Pfizer and J&J, also continue. Those processes are on,” Paul added.

Elaborating on the development, Cipla’s global CEO Umang Vohra told TOI, “This is not a commercial or supply deal, and we do not distribute this consignment either.” The company does not have “a definitive agreement on commercial supplies” , it said in a late filing with the BSE. It is supporting Moderna Inc with the regulatory approval and importation of vaccines to be donated to India.

Imported jabs are part of donation

It is understood that the imported jabs are part of the donation which the US government promised earlier. In May, the Biden administration announced the donation of coronavirus vaccines through the COVAX scheme for distribution in low-income and developing countries, including India. The US is expected to send a total of 20 million doses of Moderna.

Pfizer and Johnson & Johnson vaccines are expected to be given by monthend to these countries besides over 60 million Astra-Zeneca vaccines.

There will be no need to conduct bridging studies on local subjects prior to import as per the Centre’s tweaked policy in April to fast-track foreign-made vaccines. The company will have to submit safety assessment data of the first 100 beneficiaries before mass rollout, sources said.

The exact quantity of the Moderna doses being donated was not available, but sources added that the doses will be available in the country soon.

Moderna CEO Stéphane Bancel said, “I want to thank the government of India for this authorisation, which marks an important step forward in the global fight against the pandemic. We are committed to making our Covid-19 vaccine available around the world.”

The vaccine was found to be neutralising antibodies against emerging variants, including the Delta variant first identified in India, in a lab study, the drugmaker said. 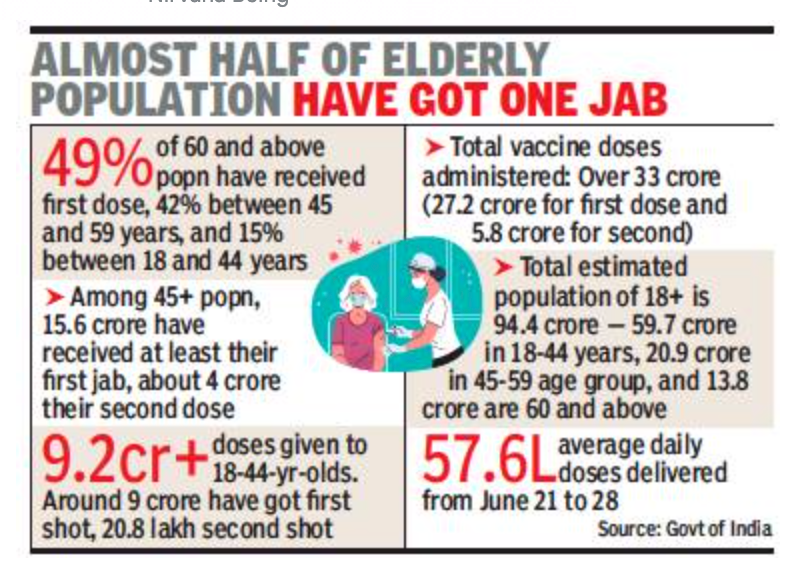