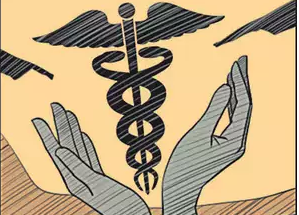 The tradition of Dhantrayodashi during Diwali not only emphasises the worship of wealth in the form of gold and silver ornaments, but also signifies the rich and varied ayurvedic culture of the land.

Practitioners of ayurvedic and other traditional medicines celebrate Dhantrayodashi in the honour of the god of medicine Dhanvantari for good health. According to mythology, when the ocean was being churned by the gods and demons using the Mandara mountain with the help of Mahadev’s serpent Vasuki, Dhanvantari emerged from the ocean of milk with the pot of elixir of life.

It is also believed Dhanvantari promulgated the practice of ayurveda through his treatise dealing with medicinal plants. Iconographyically, he is shown as Vishnu with four hands, holding a conch, wheel, leech and the pot of elixir of immortality.

Though Goa is usually projected as a beach tourist destination, it has a huge potential of ayurvedic medicine inherited from generations of forest-dwelling tribals and non-tribals.

Pradip Sarmokadam, member-secretary of Goa state biodiversity board says, “When we started work on constituting panchayat-level biodiversity management committees, we documented the traditional knowledge associated with ethnobotany. Goa’s villages are a treasure trove of folk medicine that needs to be documented.”

Cotigao, the biggest village in Canacona taluka, has a large numbers of ethnobotanists. During the annual Lokotsav organized by Adarsh Yuva Sangh at Amona in Canacona, these ethnobotanists discuss their traditional knowledge of folk medicine.