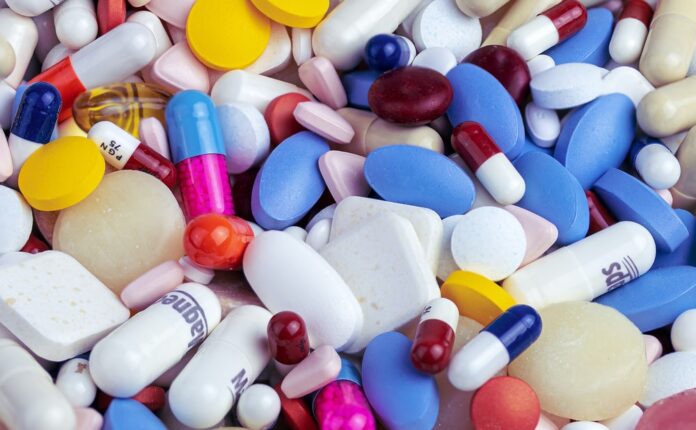 New Delhi: The domestic pharma retail market has been suffering a jolt as it has witnessed 6.3 per cent downward swing in May as compared to the same month last year. Unfortunately, this is the second consecutive month-to-month downfall in pharma trade indicating a slowdown in the overall industry growth. As per information the pharma market slipped to 9 per cent in April this year.

In relation to growth as reported successively for the second month, the domestic pharmaceutical moving annual turnover (MAT) growth also declined to 8.1 per cent in May as compared to 12.3 per cent in April. Both acute and chronic therapies went down 2.6 per cent and 2 per cent respectively leading to 2.4 per cent decline in overall sales in May as against April, according to the latest figures by market research firm IQVIA.

As far as market annual turnover for May 2022 is concerned, the Indian pharma market was valued at Rs. 182,792 crore.

Excluding, May 2018 and May 2020 period that have seen 1.5 per cent and 1 per cent upward swing in overall sales respectively, May overall sales have always been lower than the previous April month sale. However, May 2021 saw the steepest decline in sales. The overall sale in May 2021 reported a 5.6 per cent decrease as compared to April 2021, as per IQVIA.

Moving annual turnover for chronic segment in May has grown slightly faster at the rate of 8.5 per cent as compared to acute segment, which has grown by 7.9 per cent.  Highest contribution to growth for the chronic segment came from cardiac therapies contributing 21.8 per cent followed by neuro/CNS at 19.1 per cent and respiratory at 16.5 per cent to the segment growth.

Anti-infective, gastrointestinal, vitamins/minerals/nutrients are the top 3 therapies of acute segment for MAT May.

On a MAT basis, Ryzodeg, Calpol, Udiliv, Dolo and Pan were the top 5 fastest growing brands in May among the top 40 brands in the domestic pharma market.