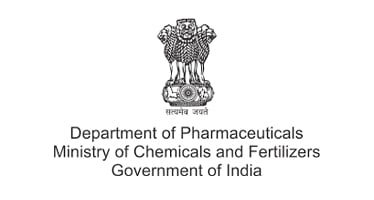 New Delhi : The Department of Pharmaceuticals (DoP) has revised the list of medical devices for which the government and public sector procurers could not identify domestic manufacturers for public procurement orders (PPO) from the previous 493 to 391 now. This comes at a time when the Department of Expenditure (DoE) has exempted a list of 128 medical devices from its mandate that PPO for orders below Rs. 200 crore should not invite global tenders and purchase from local manufacturers, in January.

The DoP, in a public notice issued on February 1, stated that following its earlier notice in December, 2021, seeking information on local manufacturers for 493 Class I and Class II medical devices for which the procurement agencies could not identify local players, has received 63 representations and responses from various stakeholders including industry associations, individual companies and the Department of Health and Family Welfare (DoHFW), among others. The list of 493 devices includes 128 devices in List I and another 365 in List II.

Keeping in view of the inputs from these representations, the DoP has now issued a consolidated list of 391 medical devices or equipment for which there are no local manufacturers available.

Subsequent to the DoHFW’s proposal to the DoE to exempt the initial list of 128 medical devices, the DoP has received a list of local manufacturers for some of these medical devices, which are also exempted by the DoE in its Official Memorandum on January 6, 2022. Following this, the List I has been reduced to 108 from 128. Similarly, the List-2 has been reduced t4o 283 from the erstwhile 365, it added.

Meanwhile, the DoE has issued the Official Memorandum on January 6, exempting the list of 128 medical devices/equipment items from seeking approval for floating Global Tender Enquiry (GTE) till March 31, 2023, following the MoHFW’s reference. The MoHFW is also requested to review domestic availability of these items at the end of 2022, keeping in view the production linked incentive (PCI) scheme etc., launched by the DoP in medical devices and other relevant factors, in consultation with that Department.

According to the DoE’s instruction on May 15, 2020 and May 28, 2020, no GTE shall be invited for tenders upto Rs. 200 crore or such limit prescribed by the DoE from time to time. In exceptional cases, where the Ministry feels that there are special reasons for GTE, it may record detailed justification and seek prior approval for relaxation to the rule.

The search for local manufacturers for the list of medical devices started following the Department of Industry and Internal Trade (DPIIT) issued the Public Procurement (Preference to Make in India) Order, 2017, and DoP guidelines on February 16, 2021, mandating local procurement of goods and services in medical devices.

The DoP received various representations from the procuring agencies under the Government of India, such as Central Medical Services Society (CMSS) Employees’ State Insurance Corporation (ESIC), All India Institute of Medical Sciences (AIIMS), Railway Board, Director General Armed Forces Medical Services (DGAFMS) and HLL Infra Tech Services Limited (HITES), among others, with regard to non-availability of Class I and Class II suppliers for certain Medical Devices or equipment. An exercise was done by the department to ascertain the local manufacturers from different sources for these identified medical devices and equipment, including from the domestic manufacturers association.