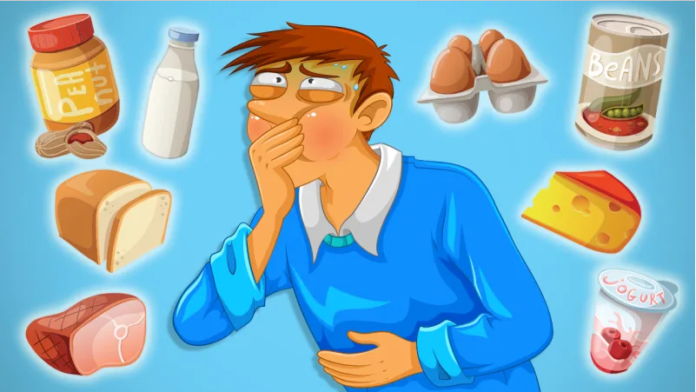 New Delhi: Dr Kalpana Gupta Sekhawat of Freedom Age Clinic at Gurgaon has banished from her house wheat and all other food kinds which cause inflammation in the gut. Despite being an MBBS &MD, she has also broken ranks with mainstream medicine which, according to her, is skin deep and unsuccessfully tackles only symptoms of diseases.

The extensive food intolerance research morphing into a robust science and gut health assuming primacy in the management of chronic diseases, mainstream medicine is in for a jolt. There is a certain shift towards a new medicine called Functional Medicine as evidenced by Dr (Mrs) Sekhawat, the pioneer of this fast emerging medicine in India. The Functional Medicine primarily operates on the elimination of food intolerance resulting into chronic inflammation which has been found abetting various chronic diseases.

2 day International Symposium on January 12-13, 2019 on Wheat Related Disorder (ISWD) organized at India Habitat Centre under the aegis of The Celiac Society of India (CSI) gave a certain fillip to this nutritional approach to management of diseases. It led to a radical flipping of food philosophy in India condemning wheat as a health menace and, to the amazement of all and sundry, announcing rice as better placed food than wheat in terms of health. 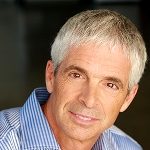 Dr Tom O’Bryan, globally renowned doyen of Functional Medicine like Dr (Mrs) Sekhawat advocated complete ditching of wheat for keeping diabetes and other chronic diseases at bay. Dr O’ Bryan, DC, CCN, DACBN, Adjunct Faculty, the Institute for Functional Medicine, Scientific Advisory Board-International and American Association of Clinical Nutritionists, also favoured rice in place of wheat flour food. Ms Ishi Khosla, Founder President, Celiac Society of India and renowned Clinical Nutritionist advocated the banishment of wheat from food repertoire and inclusion of rice instead too. Take away from the symposium has put food regulator FSSAI (Food Safety &Standard Authority of India), which is to start Eat Right Movement, in a bind as wheat so far has been the staple in North India. FSSAI partnered big with symposium.

Talking exclusively to Medicare News on the sidelines of symposium, Dr O’Bryan said, ‘wheat is an irritant for everybody’s gut, not only for celiac sensitive people. Diabetics especially should ditch wheat as it leads to spike of sugar in glucose. One slice of wheat bread is equal to one candy bar. Wheat should be treated just as sugar, which is universally regarded as a health hazard.’

Based on his extensive experience as a Functional Medicine Practitioner, Dr O’ Bryan is a great votary of nutrition based disease management. He said it has led to a number of success stories unheard of in mainstream medicine. Like him Dr (Mrs) Shekhawat also boasts of 1000 patients for whom Functional Medicine proved a complete turnaround, which also include her own mother and son.

Dr (Mrs) Shekhawat, MBBS, DNB, DFM, MD Clinical Nutrition, CNCB, Texas, USA and BHRT Consultant (American Anti-ageing Medicine, talking to Medicare News, said, ‘ I am off wheat and off allopath as well. I am a confident convert to Functional Medicine buffeted by the outcomes so far. Functional Medicine is the future of disease management.

She further adds, ‘Functional Medicine is not alternative or integrative medicine. This is a science –based fundamental change in our way of thinking about health and diseases. It addresses the underlying causes of diseases. It is an evolution in the practice of medicine that better addresses the healthcare needs of 21st century. We prescribe Nutraceuticals and all natural bio identical hormones where required.’

Dr (Mrs) Shekhawat’s ‘How to live to a Hundred Plus’ recipe for anti ageing is a getting lot of traction among patients who have despaired of allopathic treatment. She has the distinction of reversing metabolic disorders such as cardiovascular diseases, endocrinal diseases, auto immune disorders, neurological disorders et al. She started her practice as Functional Medicine practitioner since last 8 years. Before this, for 10 years, she practised normal allopathy. After being disillusioned from the practice of mainstream medicine, She did a course of functional Medicine in US based Clinical Nutrition Certification Board.

According to Dr Sekhawat, this therapy gives better health and wellbeing to patients without the side effects of too many drugs. Functional medicine / age management medicine is about correcting the metabolism and healing the whole body with an integral approach. She works on reducing cellular inflammation, preventing oxidative free radical damage, detoxification and ensuring nutritional supplementation to have healthy metabolism. She focuses on drawing out a personalised therapy plan for each individual based on many factors such as genetics, lifestyle, current health conditions, body measurements, diagnostics, blood works result etc.

The Functional Medicine addresses eight basic causes of metabolic diseases-Inflammation (Heart of the problem),Nutrition (Modern imbalanced diet),Toxin (Increasing cellular toxic load), Lack of movement, Damage to Gut Micro biome (Extreme damage to the good flora due to toxins and overconsumption of  medicines and chemicals destroying it) and falling hormone levels.

According to her, since chronic disease is a food- and lifestyle-driven, environment- and genetics influenced phenomenon, it can’t be conquered with drugs and surgery, though those tools may undeniably come handy in managing acute signs and symptoms. The costly riddle of chronic disease can only be solved by shifting our focus from suppression and management of symptoms to addressing their underlying causes.