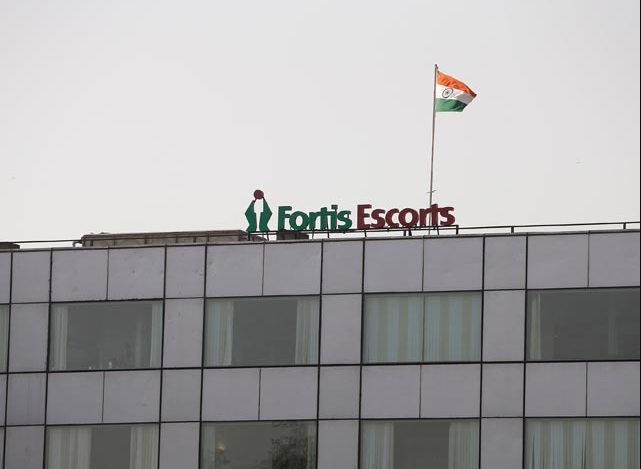 TPG Capital-backed Manipal Hospitals has decided to sweeten the terms of its offer to acquire the hospitals and the SRL Diagnostics unit of Fortis Healthcare after institutional and minority shareholders such as Rakesh Jhunjhunwala expressed their disappointment with the plan, said several people with knowledge of the development.

Ranjan Pai-led Manipal and TPG have also decided to rework the earlier swap ratios in response to complaints that Fortis had been undervalued. Under the original deal, for every 100 shares of Fortis, a stockholder would have got 10.83 shares in the combined entity, Manipal Health Enterprises Pvt. Ltd (MHEPL). Shareholders were upset that the hospitals business of Fortis was valued at only around Rs 95 per share compared with consensus analyst estimates of Rs 125-150. At the previous swap ratio, the combined value of the business was coming to Rs 140 a share as against a high of Rs 200 a year back.

Under the new terms, for every 100 shares of Fortis, a stockholder will receive 13.1 shares in MHEPL, valuing Fortis at Rs 155 per share. Analysts estimate that’s an upward revision of around 21 per cent for the Fortis hospital portfolio.

As per the old plan, the shareholding of erstwhile promoters Malvinder and Shivinder Singh in the merged entity would have come down to 0.3 per cent from the existing 0.8 per cent in Fortis. Pai’s stake in MHEPL would have dropped to 37.9 per cent in the combined entity from 58.8 per cent before the merger. It’s not clear what these will be under the revised plan.

The existing shareholders of Manipal Hospitals, which include TPG, will own 50.4 per cent of the merged company and the balance will be held by the Fortis shareholders under the new terms, said the people cited above.

The new terms will tweak the deal structure, valuation and give existing shareholders the scope of staying invested with dilution kept to a minimum, they said. The new offer will be presented to the Fortis board for approval on Tuesday evening.

Under the new terms, Manipal will buy 31 per cent of SRL from its private equity investors Avigo Capital and Jacob Ballas as well as International Finance Corp. (IFC). The earlier plan was to buy out both the PE firms as well as an additional 20 per cent stake from Fortis, which would have made the latter an investment holding company with a 36.6 per cent stake in SRL Diagnostics.

“The existing shareholders were unhappy that Fortis was becoming just a holding company that would attract a discount. The new structure will negate such possibilities,” said one of those cited above.

The Fortis board had late last month approved the demerger of its hospitals assets into Bengaluru-based Manipal and also the sale of its 20 per cent stake in SRL Diagnostics.

Manipal has also proposed that once the demerger of the hospitals business is complete, SRL, currently a subsidiary, can be merged fully into Fortis so that the listed company becomes a pureplay diagnostics chain.

“Both are separate businesses, so a cleaner structure would ensure focus and the correct management bandwidth,” said the person cited above. “Both will be listed so that the investors can retain value and by then the ongoing investigations would also likely to get over.”

This refers to inquiries being conducted by law firm Luthra & Luthra and the Serious Fraud Investigation Office (SFIO) after auditor Deloitte said it was unable to comment or form an opinion on Fortis Healthcare’s financial statements pending an investigation.

Pai and TPG were to invest Rs 3,900 crore in the combined entity under the old plan. The capital infusion was meant for the secondary share purchase and also to support the proposed acquisition of hospital assets owned by Singapore-based RHT Health Trust and the growth of the hospitals and diagnostics businesses.

But now the plan is to launch a Rs 4,000 crore rights issue instead for all shareholders after the demerger. This will help existing Fortis shareholders not to get diluted at a discounted valuation.

“Everyone will get to participate as per their shareholding,” said one of those cited above. “Manipal-TPG will underwrite the balance if there is a gap in case some choose to sit out. The company needs capital for the operations and to buy out the Singapore arm. A rights issue takes into account the concerns of minority shareholders.”

Pai had earlier told ET that Fortis had not been undervalued.

But not all were convinced and investors like Jhunjhunwala felt that the deal was tilted in favour of Manipal-TPG, suggesting that minority shareholders may have voted against it.

“For minority shareholders of Fortis, the prima facie valuations are disappointing and there is limited financial and operational information available on the Manipal Group,” Nitin Agarwal of IDFC Securities had said.

With Eastbridge Capital having a 10 per cent stake and Yes Bank controlling a 15 per cent block in Fortis Healthcare, the approval of minority shareholders is crucial. Jhunjhunwala had made clear his displeasure in an ET interview, expressing views said to be widely held by minority shareholders and suggesting that the deal may not go through.

Manipal is the fourth-largest hospital chain in the country with a strong presence in south India. It currently operates 11 hospitals, including one in Malaysia, with 2,900 beds and employs 1,350 doctors. It also manages operations of 3,400 beds across multiple teaching hospitals with 1,500 doctors.

Fortis is the second-largest hospital chain in the country, currently encompassing both the hospitals and the diagnostics businesses. It operates a network of 34 hospitals with 4,600 beds employing 2,600 doctors and 6,500 nurses. It operates its healthcare delivery services in India, Dubai, Mauritius and Sri Lanka.