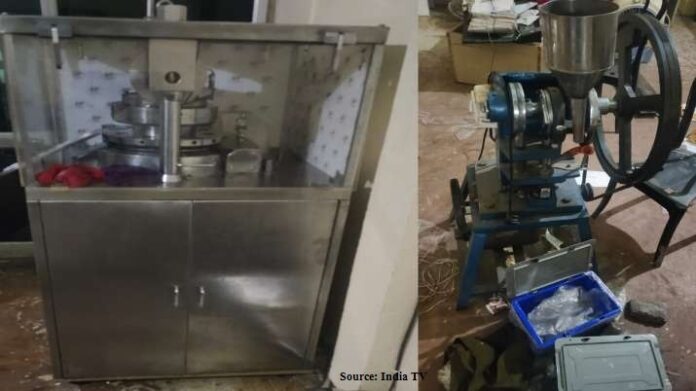 New Delhi : The investigation done by Delhi Police in a fake cancer drugs racket has led to a manufacturing unit of such medicines in Karnal. Investigators said they were verifying leads that apart from several states across the country, fake medicine consignments were also sent to another country.

TOI was the first to report on Thursday that three people, including an M Pharma degree holder, had been arrested from Jasola Vihar with a consignment of spurious medication meant for the treatment of cancer patients. During further investigation, an advocate was also arrested.

Investigators told TOI that they were probing the role of a few Delhi-based doctors and a man living in Kolkata. “Cancer medicines manufactured in Bangladesh are cheaper than Indian medicines. Earlier these accused, with the help of their associate in Kolkata, used to buy these drugs from the grey market,” the official said.

According to him, to earn more profit, they eventually set up the manufacturing unit in Karnal and started preparing fake medicines. “When we reached the spot in Karnal, we saw that the unit was running in a modified structure. In the front part, Dua had built his advocate chamber. When we went inside, we saw machines, which were used to make fake medicines,” the investigator said, adding that another raid was conducted in Faridabad.

“We have seized printing and drugs manufacturing machines, 141 packs of spurious life-saving cancer drugs such as Palbocent-125 mg, Lenvanix-10, Osicent-80mg, Crizocent-250mg and Ibrucent-140,” the official said.

Further probe revealed that the demand for medicines manufactured in Bangladesh was high in comparison to similar medicines made in India. “The accused encashed the opportunity and started manufacturing spurious lifesaving medicines,” the official said.

After manufacturing, these medicines were sold in the grey market at exorbitant prices. “The accused have set up a network of individuals who supply the injections on demand. A few individuals are involved in this racket of manufacturing and supplying spurious lifesaving cancer drugs and playing with the valuable lives of innocent people. The gang used to operate across India,” the official said.