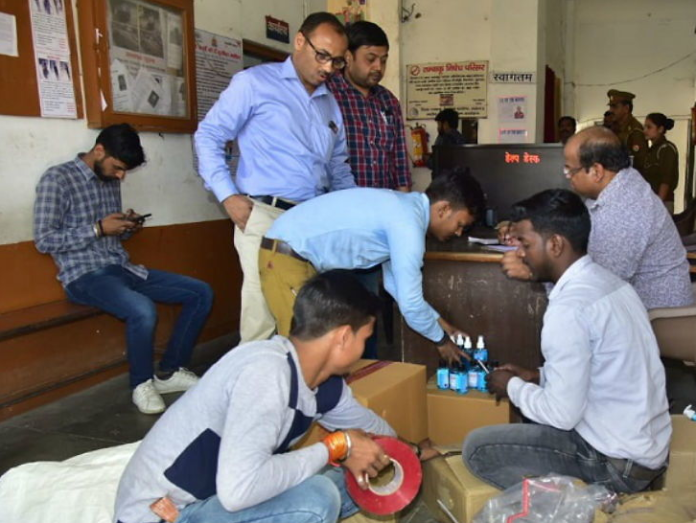 Uttar Pradesh: A factory was raided in Saini Kotwali, Sirathu Ward no. 10, Banakpura where hand sanitizers were being manufactured by illegal means. Raid was conducted by the Sub-Divisional Magistrate and police officials where hand sanitizers and other raw materials were recovered from a room. One man was also arrested and investigated from the spot by police.

Drug Inspector Rahul Kumar was informed from the sources that fake and illegal sanitizers were being manufactured in the areas of Sirathu, Banakpura due to increase in the demand of hand sanitizers in the wake of Covid-19. After getting information, Rajesh Kumar, SDM Sirathu reached on the spot along with Drug Inspector and other officials. Various boxes were found from the room containing hand sanitizers, raw materials and chemicals and illegal medical store was also being operated by the persons. The persons operating medical store also failed to produce the license. The material was seized from the spot.