The Gujarat Food and Drug Control Administration (FDCA) has suspended 73 drug retail licenses for selling 2 ply and 3 ply surgical masks, N95 masks and hand sanitizers more than MRP. A hand sanitiser having landing cost of Rs. 15 was sold at the arbitrary price of Rs. 25.

The state drug regulator has also served show cause notices on the licensees.
The suspensions have been the outcome of a massive drive conducted across Gujarat which raided 380 retail drug premises over the past one week.

Around 50 drug inspectors seized 260 bottles of hand sanitizers which were sold in retail pharmacies for black marketing and profiteering. 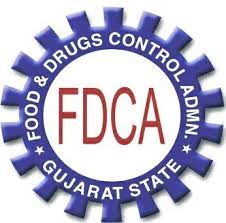 Gujarat FDCA Commissioner Dr H G Koshia told that, “This called for a surgical and covert operation as we could detect the clandestine activity of retail pharmacies overcharging consumers in a bid to make quick money when the government has imposed essential commodities order to deal with COVID-19 pandemic,”

Gujarat FDCA has already approved product licences of 189 hand sanitisers to tide over its growing demand due to Covid-19 pandemic.

A state level committee headed by Gujarat FDCA Commissioner with members from the state industry department and state pollution control board has also been formed to oversee the consistent supply of anti-retroviral (ARV) drugs, masks and sanitisers.

The Gujarat FDCA raided over 997 drug retailers and suspended licenses of 900 retailers for contravention to the D&C Act, 1940. Four firms have also been prosecuted for the violations. There are close to 40, 000 drug wholesalers and retailers in Gujarat.