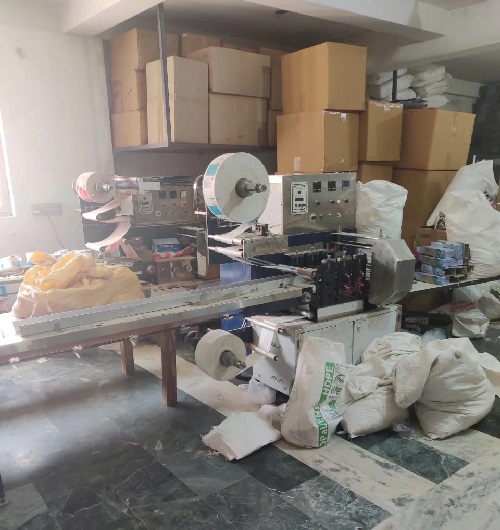 A number of medical devices, syringes, gloves, sanitary pads, and other surgical equipment were seized during the raid.

On Thursday evening, a team of health department officials and local police raided a house in the Garhi Bhadoriya area of Agra, where those fake surgical instruments were being manufactured.

The owner, Ranjan Agarwal, was arrested by the police in connection with the case.

Drug Inspector Naresh Mohan said that the information about this factory was received from the Jaunpur district.

Deputy Drug Commissioner Akhilesh Jain said that the accused Ranjan was running a company called Medicare Healthcare Pvt. Ltd. and was using this company to buy raw materials and sell the surgical equipment.

“The factory run by Ranjan Agarwal bought raw material from Daman & Diu, Kerala, Karnataka, and Maharashtra and then repackaged it to sell in Delhi, Rajasthan, MP, and other states. This is probably the first time that a factory manufacturing fake surgical equipment has been uncovered in Uttar Pradesh,” he said.

A total of 60-70 employees worked in the factory and throughout the day, the main door remained locked while manufacturing continued inside.

Notably, in the past three years, spurious drugs worth over Rs. 250 crores have been confiscated from this region.

The narcotics team has also seized illicit drugs worth 225 crores in the past year alone. Over 70 people have been arrested in the past years in this connection, but the business of manufacturing spurious medicines and equipment is continuing unabated.